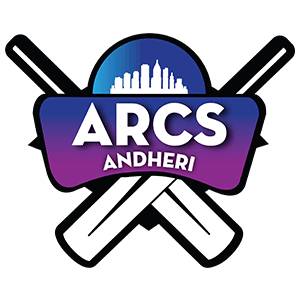 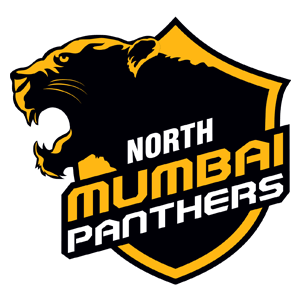 Our Prediction is to ARCS Andheri to win!

ARCS Andheri and North Mumbai Panthers will lock horns in the 1st semifinal of Mumbai Premier League in Mumbai on Friday.

ARCS Andheri has played excellent cricket in this year’s competition and managed to secure four wins out of five games played in the round-robin stage. Captain Kevin Almeida will be hoping that side can maintain their consistency with bat and ball in this knockout game.

On the other hand, North Mumbai Panthers registered a comprehensive 44-run win over Triumphs Knights MNE to seal their place in the semifinals of the competition. Captain Prithvi Shaw will be hoping that the side can put in another clinical performance with bat and ball against Andheri in the semifinals.

Kevin Almeida led-unit will be keen to continue their winning momentum when they take on North Mumbai Panthers in the semifinals on Friday. The side has managed to win four games on the trot and will be looking to maintain their winning streak in this game.

In the batting department, the side will be relying on the likes of Kevin Almeida, Akhil Herwadkar and Shubham Ranjane to produce the bulk of the scoring. Captain Kevin Almeida was the star of the show with the bat in the previous game played against Eagle Thane Strikers. He scored 59 off 40 balls with the help of six fours and two sixes. He added 112 runs with Iqbal Abdulla to see Andheri post a competitive total on the board.

Akhil Herwadkar and Shubham Ranjane have also delivered match-winning performances with the bat in this year’s competition. The side will be hoping that the duo can produce decent scores in this semifinal game against North Mumbai Panthers. Iqbal Abdulla, Praful Waghela and wicket-keeper Sufyan Sheikh have contributed with crucial scores for the side so far this season. They will need to do contribute with the bat in this game as well.

In the bowling department, the side will be relying on the likes of Iqbal Abdulla, Tushar Deshpande, and Salil Agharkar to provide crucial breakthroughs in this game. Shubham Ranjane also picked up crucial wickets for the side in the previous game played against Eagle Thane Strikers.

The side progressed to the Mumbai Premier League semifinal after they produced an outstanding display to defeat Triumphs Knights MNE by 44 runs in the previous game played in Mumbai.

After sneaking into the semi-finals by finishing third in the round-robin stage, North Mumbai Panthers will be hoping to produce their best cricket for the knockout stages after destroying Triumphs Knight MNE in the previous game.

In the batting department, the side will be relying on the likes of Vikrant Auti, Prithvi Shaw and Sairaj Patel to put the bulk of the runs on the board. Captain Prithvi Shaw will need to lead from the front and deliver a notable score in this game. On the other hand, Vikrant Auti is side’s leading run-scorer so far in this year’s competition. The side will be hoping that Auti can deliver something special with the bat in this semifinal game.

The likes of Sairaj Patel, Swapnil Salvi, and Jude Singh will need to contribute with crucial scores for the side in this game. Sairaj Patel was the star performer for the side with the bat against Triumphs Knights MNE. He scored unbeaten 59 runs off 39 balls to help the side post a competitive score on the board.

In the bowling department, the side will be relying on the likes Rahul Sawant, Pravin Tambe, and Arif Attarwala to pick up crucial wickets in this game. Pravin Tambe bowled well and picked up two wickets in the previous game played against Triumphs Knights MNE.

The wicket prepared for the game will certainly favor the batsmen. The spinners might get some assistance from this wicket. The weather forecast for the game to be played on Saturday is going to be cloudy skies.

Wankhede Stadium in Mumbai is going to host the semifinals of the competition. ARCS Andheri will be extremely confident after winning four games on the trot at this venue. On the other hand, North Mumbai Panthers managed to win their previous game played at this venue.

The side that wins the toss would be looking to bowl first and restrict the opposition to a lowest possible score. The average score at this venue is around 130 runs. Batting second will get easier as dew might come into play in the second half of the game.

Based on current form, ARCS Andheri will be outright favorites to win this game. ARCS Andheri has done exceedingly well in the preliminary stages and will be looking to maintain their winning momentum against North Mumbai Panthers.

On the other hand, North Mumbai Panthers will need to raise their game with bat and ball in order to compete with ARCS Andheri.

Expect ARCS Andheri to register a comfortable win in this semifinal game.