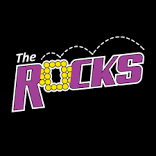 Expect Dolphins to register a hard-fought win over Rocks at Kingsmead.

Wondering which is the best betting app in India today? Make sure to check the full list of our recommended online betting apps!

Host Dolphins will be looking to get back to winning ways when they take on Rocks in the Division 1 match of 4-Day CSA Challenge 2022-23 at Kingsmead Cricket Ground in Durban.

In their opening fixture, Dolphins suffered a 69-run defeat at the hands of Rocks. Captain Marques Ackermann will be hoping that the side can deliver a decent show in this home fixture.

On the other hand, Rocks were hammered by Western Province by a comprehensive margin of an innings and 210 runs. Captain Janneman Malan will be hoping that the side can learn from their mistakes and put in an improved batting performance against Dolphins.

In the batting department, the side will be relying on the likes of Sarel Erwee, Grant Roelofsen, Marques Ackermann, Khaya Zondo and Jason Smith to deliver the bulk of the runs.

In the previous match, Marques Ackermann, Jason Smith and Andile Phehlukwayo put in decent scores in the first innings.

In the bowling department, the side will be depending on the likes of Eathan Bosch, Daryn Dupavillion, Ottniel Baartman and Odirile Modimokoane to deliver timely breakthroughs.

In the previous match, Odirile Modimokoane was the pick of the bowlers for Dolphins and claimed six wickets against Western Province.

In the batting department, the side will be depending on the likes of Stiann Van Zyl, Janneman Malan, Clyde Fortuin and Shaun von Berg to deliver the bulk of the runs.

With 189 runs in four innings, Stiann Van Zyl has topped the batting charts for Rocks this season. In the previous match, Stiann Van Zyl scored 62 runs off 88 balls with the help of thirteen boundaries.

In the bowling department, the side will be relying on the likes of Shaun Von Berg, Achille Cloete, Imran Manack and Hardus Viljeon to deliver timely breakthroughs.

The wicket prepared for the game will provide a tight contest between bat and ball. The spinners will get some assistance from the surface. The weather forecast for the game is far from ideal as rain is expected on second, third and fourth day of the match.

Kingsmead Cricket Ground, Durban is going to host the Division 1 match between Dolphins and Rocks.

Both the teams will be keen to win the toss, bat first and post a competitive total on the board. Average first innings score at the venue is around 298 runs.

Based on current form, Dolphins will be slight favorites to win their game against Rocks because they are playing in their home conditions. With likes of Sarel Erwee, Marques Ackermann, Andile Phehlukwayo and Daryn Dupavillion in their ranks, Dolphins will be keen to deliver a clinical performance in this fixture.

Expect Dolphins to register a hard-fought win over Rocks at Kingsmead.