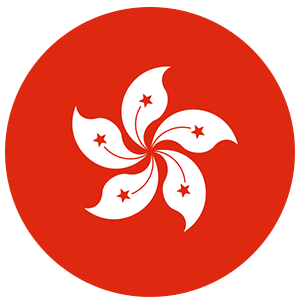 India looking for an easy win against Hong Kong

We predict that India will defeat Hong Kong.

India will be playing against Hong Kong for the first time in the T20I format. This will be India’s third meet overall after clean sweeping Hong Kong on the earlier two occasions. The 4th T20I of the Asia Cup is scheduled to play at Dubai International Cricket Stadium, Dubai, on 31st August from 7 pm.

India beat Pakistan by 5 wickets to start their Asia Cup campaign on a high note. India restricted Pakistan to 147 after impressive spells from Bhuvneshwar Kumar and Hardik Pandya. Chasing 148, India lost KL Rahul in the first over. But a fabulous display from Virat Kohli and Ravindra Jadeja followed by an awestruck hitting by Hardik Pandya (33 runs off 17 balls) helped India take the game in the final over.

India have played 22 T20I this season and won 18 out of them. On the other hand, Hong Kong have played 8 T20Is and won 5 out of them. In the 5 wins, they have won 4 while chasing - a good stat to look forward to as the Dubai International Cricket Stadium is famous for chases. It will be an easy game for India to proceed into the Super Four stage.

India had to struggle against Pakistan after the openers struggled to score against the pace. The top 3 scored 47 runs in 52 balls which put pressure on the middle order. It might be because of the constant changes made by the team in the recent past. While Rohit Sharma managed to score 12 out of 18 his partner KL Rahul got out on the duck. This was Rahul’s first T20I of the year and he had just 2 matches to prepare for the Asia Cup. With Hooda and Pant sitting on the bench, India might feel the heat of inadequate preparation from Rahul. Kohli scored 35 runs with 3 fours and a six. But the strike rate was 102.94.

India promoted Ravindra Jadeja over Suryakumar Yadav which resulted in Yadav scoring at a strike rate of 100 later. This was the slowest inning played by him after having a strike rate of 189. Hopefully, he will be coming at number 4 against Hong Kong. Jadeja played a crucial knock of 35 in 29 balls. His 52 runs stand with Pandya kept the target within reach. Pandya is currently playing in a different league. The all-rounder who won the IPL this season is unstoppable. He took 3 wickets in the first innings with some on-point short balls. Then he went on to hit 33 runs off 17 deliveries with 4 fours and a six to clinch the player of the match title. Pandya has staggering 314 runs at a strike rate of 144 and 11 wickets since he made his comeback this year.

Bhuvneshwar Kumar created a panic when he cleared Babr Azam in the third over with a surprise bouncer. Kumar went on to take 4 wickets for 26. Arshdeep Singh and Avesh Khan who were playing their first Asia Cup were a bit expensive but managed to stop Rizwan and the company. Pakistan couldn’t play the short balls and lost the first four wickets to the same length. Indian pacers took all 10 wickets of Pakistan.

Hong Kong’s journey to the Asia Cup was mostly dependent on the top three. They won 2 of their 3 games by 8 wickets each. Yasim Murtaza has been a key player in Hong Kong’s revival. Their opener was the top scorer, followed by his fellow batters Nizakat Khan and Babar Hayat were next to him on the run-scoring chart. But a less exposed middle-order can create a problem against the mighty Indian pace attack.

Hong Kong remained unbeaten in the qualifiers by beating Singapore, UAE, and Kuwait. Bowling all-rounder Yasim Murtaza scored 130 runs at an average of 43.33, while Ehsan Khan took 9 wickets to take Hong Kong to the Asia Cup for a consecutive time. In the last edition of the Asia Cup, Hong Kong lost both ODI games by 8 wickets each against India and Pakistan - the same opponents they will be facing in this edition.

It will be difficult for Hong Kong to beat the mighty Indians, especially after the nail-biter against Pakistan. However, if Hong Kong can put up a good score first up, they might trouble the Indians in bowling-friendly conditions.

The weather will be sunny and hot with no chance of rain. The temperature will range between 30 and 39°C. The wind will be flowing from the west at 10-30 kmph. The pitch favors batters throughout the game. It is difficult to score runs in the first innings but becomes smoother as the bowl comes on the bat easily without any assistance from the pitch.

The 2nd T20I of the Asia Cup between India and Pakistan will be played at Dubai International Cricket Stadium. The venue holds a capacity of 25000 spectators. It has hosted 13 tests, 45 ODIs & 75 T20I so far. It is the home ground for The UAE cricket team.

In 75 T20Is, teams have successfully chased the target on 40 occasions. The team batting first has been victorious 34 times. But in the last 15 games, teams have won the game 14 times while chasing. Therefore team winning the toss should bowl first.

India are way better than Hong Kong. Though their victory against Pakistan was not easy, they have all the horses ready to take the Hong Kong Challenge. They have beaten Hong Kong back in the Asia Cup 2018. If India bats first, it will be a high-scoring game. Hong Kong would wish to have a go with the bat first, otherwise, they got no chance against India.

We predict that India will defeat Hong Kong.