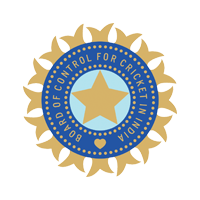 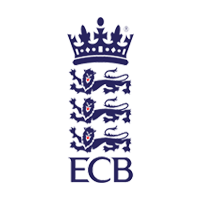 We predict that India Legends will defeat England Legends.

Defending champions India Legends will take on England Legends in the 14th match of the Road Safety World Series 2022 in Dehradun. Both teams will face each other at Rajiv Gandhi International Cricket Stadium at Dehradun on 22nd September 2022.

So far with 1 win from 3 matches played, India Legends are in 3rd place in the points table with 4 points. India’s 2 games went as resultless. England Legends on another end, are yet to register a win this season and after 3 games they are in 7th place with just 1 point.

This match will be important from the perspective of both teams, as England Legends will go on for their first win of the season.  India Legends unfortunately couldn’t manage to take advantage of the momentum they had at the start of the season due to rain-affected games. So they will also try to get back on a winning track in this fixture on Thursday.

After registering a win in the inaugural game of the new season, 2 games went resultless for India Legends because of the rain-affected conditions. Now they will face England Legends against whom they lost the game in the last edition of the title-winning season.

Stuart Binny’s fiery 82 runs from 42 balls led India Legends to a perfect setup for a win against South Africa Legends in the first match. Yusuf Pathan could manage to add a quick  35 runs from 15 balls only with the help of which, India Legends scored 217 runs in 20 overs and defended that total successfully.

Rahul Sharma (picked up 3 wickets) and Pragyan Ojha (picked up 2 wickets), were key bowlers during that defense in the first match. That good momentum got lost as the next two games went resultless for India Legends. Now to get back on the original rack of the title defense, they will try to utilize their core strength against England Legends on Thursday at Dehradun.

A complete batting unit’s failure against Sri Lanka Legends in the first game and poor bowling performance in the next game against West Indies Legends cost the English side to lose 2 games in the series so far. Now they will face India Legends in the 4th fixture of the season to claim their first win.

A brilliant comeback with a batting performance led by captain Ian Bell (46 runs from 43 balls) and Rikki Clarke (scored not out 50 runs from 25 balls), helped England Legends to put 156 runs on the board against West Indies Legends in the 2nd match. But the team's bowling unit failed terribly to restrict opponents from chasing the target.

Rikki Clarke once again but this time with the ball managed to put pressure on opponents but despite his superb spell of 2 wickets for 16 runs in 3 overs, no other bowler could manage to take a single wicket which cost their side a defeat by 8 wickets. By looking at the team’s performance so far this season it is clear that they need to put team efforts, both with bat and ball to tackle the upcoming challenge of India Legends on Thursday.

India legends are looking strong up against England Legends in terms of both batting and bowling units. The batting depth India Legends have, will be the key factor in this prediction as allrounders like Pathan Brothers can be a crucial factor for the team while batting at the lower order. England Legends on the other side are struggling to score runs and to defend those as well which gives an advantage to the Indian side in this match.

We predict that India Legends will defeat England Legends.