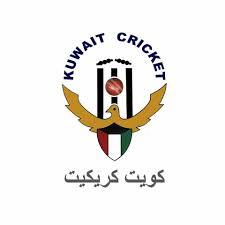 Qatar will be favorites to win this game

Our prediction is Qatar to win!

Qatar will be eager to continue the momentum forward when they will face Kuwait in the 6th match of the ICC T20 World Cup Asian Regional Finals Qualifier in Singapore on Friday.

Qatar managed to deliver a pitch-perfect performance to beat Nepal in their previous game played on Tuesday. Captain Taimoor Sajjad will be hoping that the side can continue their good form with the bat and ball in this contest.

On the other hand, Kuwait’s previous fixture was abandoned due to heavy showers. Captain Muhammad Kashif will need to lead from the front in order for Kuwait to end their losing streak in the competition.

For Kuwait, the match against Qatar is an opportunity to get back to winning ways. The side has failed to win a game so far in this competition. For Kuwait, they will need to bring their A-game to the table with bat and ball in this must-win game.

In the batting department, the focus will be on the likes of Captain Muhammad Kashif, wicket-keeper batsman Usman Waheed and Adnan Idrees to produce the bulk of the runs in this game.  Skipper Muhammad Kashif was the only batsman to produce a notable score in the game played against Malaysia. The side will be hoping that he can continue his good form with the bat in this game.

However, the real cause of concern for Kuwait in the match will be their batting department, who are constantly finding it hard to produce runs as a unit. The rest of the batting order will need to produce scores in order for Kuwait to put up a strong show against Qatar.

In the bowling department, the side will be depending on the likes of Muhammad Kashif, Ilyas Ahmed, and Mohammad Ahsan to provide crucial breakthroughs with the new ball. Adnan Idrees, Shiraz Khan, and Nawaf Ahmed will be other bowling options for Kuwait for this all-important tie.

Taimoor Sajjad-led unit will be high on confidence after registering an impressive four-wicket win against Nepal in their opening match on Tuesday, courtesy Iqbal Hussian’s brilliant spell and Inam-ul-Haq’s splendid 41 runs.

Inam-ul-Haq was the standout performer for the side in the previous game played against Nepal. He scored 41 runs off 32 balls with the help of six boundaries. Inam-ul-Haq added crucial partnerships with Kamran Khan, Zaheer Ibrahim and Muhammad Tanveer to steer Qatar to a much-needed victory in the competition.

Middle-order comprising of Kamran Khan, Muhammad Tanveer and wicket-keeper Mohammad Rizlan have contributed with crucial runs for the side in the first two games played in the competition. The batting trio will certainly need to contribute with the bat if Qatar aims to extend their winning momentum in the competition.

In the bowling department, the side will be relying on the likes of Iqbal Hussain, Nouman Sarwar and Taimoor Sajjad to provide crucial breakthroughs in this contest. Iqbal Hussain has topped the bowling charts for the side so far in the competition with 7 wickets at an average of 7.71.  Awais Malik, Inam-ul-Haq and Mohammed Nadeem are other bowling options for the side for this game.

The wicket prepared for the game will be good for bowlers due to overcast conditions. The previous game played saw a lot of help from the bowlers. The weather forecast for the game on Friday is going to be sunny intervals with a gentle breeze.

The Indian Association Ground in Singapore is going to host its sixth game between Kuwait and Qatar. Qatar will take heart from the fact that they have managed to produce a credible win over Nepal at this venue.

Based on the conditions, the side that wins the toss would be looking to bat first and put runs on the board. Chasing has not been easy so far in this competition.

Based on current form, Qatar will be favorites to win their game against Kuwait. The side delivered a clinical performance with bat and ball in the previous game. Captain Taimoor Sajjad, Inam-ul-Haq and Iqbal Hussain have so far shown excellent form in this competition.