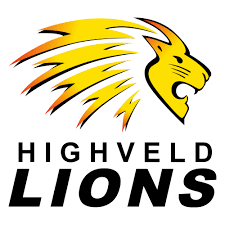 DOLPHINS will win the match.

CSA T20 Challenge is heating up with every match with the qualification scenarios changing after every match. All teams except Titans at the top are closely placed and just a victory separates them from the other teams. Lions after losing thier first 2 matches have secured a win and an abandoned match in their next 2 matches. Dolphins are having a rollercoaster ride so far with alternating victories and losses. Both teams will look to leapfrog the other teams with a victory in this match.

Lions batting line up relies heavily on Cameron Delport and Ryan Rickelton at the top order with the likes of Dominic Hendricks, Wiaan Mulder, Evan Jones, and Imran Manack expected to do the bulk of scoring in the middle order. They have a strong core of batting with experienced players who can score big runs.

Their bowlers restricted the opposition to 158/9 in thier 20 overs last game. Wiaan Mulder and Evan Jones were the pick of the bowlers with 2 wickets each and gave runs at less than 6 RPO last night. Malusi Siboto, Lutho Simpala, Tladi Bokako, and T Maphaka chipped in with wickets but went for runs at over 8 RPO in the match.

Dolphins posted a massive score of 191 runs in their last game with their opener Grant Roelefson playing a massive knock of 91 runs off 49 balls. Khaya Zondo played a vital supporting knock of 36 runs while Jason Smith gave a fluorish with a 12-ball 25 runs towards the end. They scored a big score despite losing three quick wickets in the match.

Dolphins bundled out the Warriors cheaply for 68 runs. Eathan Bosch set the tone with 2 wickets in the first over and bowled a hostile spell of 4-0-8-2 in partnership with Daryn Dupavillan at the start. Prenelan Subrayen took 2 wickets to continue the damage while Ottniel Baartman dismantled the lower order with his five wicket haul.

The pitch has started to do a few uneven bounce and turn as many matches are already played on these surfaces already. The weather has become sunny and clear with rains over the past week clearing out.

Potchefstroom is the only venue where the matches are being played this year. We expect the average score in this match to be around 160-170 runs.

Both captains might opt to bat first on this pitch with slowness creeping in owing to the used nature. Chasing will become difficult on this pitch.

Dolphins came to the party in the last game with brilliant display of batting and bowling in unison. They will look to continue their winning form with some splendid performances in this match too. Lions too have picked up momentum as the tournament progressed and will look to leapfrog the other teams in the points table with a victory in this match. We expect Dolphins to win this match.

DOLPHINS will win the match.