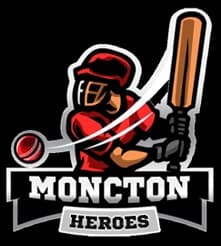 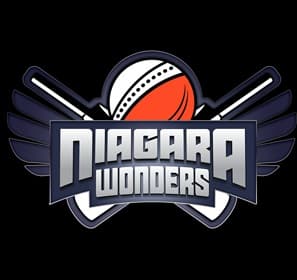 In the second game of the Canada T20 Niagara Fest 2020 the Moncton Heroes would be up against the Niagara Wonders. It will be the first game of the tournament for both the sides and they will be eager to earn their first points. The two sides are composed of seasoned and young players and this is likely to make this game very interesting.
The Moncton Heroes are an experienced team and they have some players who have played in competitive T20 cricket. Niagara Wonders will thus face a huge challenge as they are a very young team. It will be interesting to see the kind of approach the Wonders come into this game as they would be looking to surprise their stronger opponents.

Gurkirat Singh would be happy to lead his side into their first game of the tournament. He has a squad that brings in good experience in club cricket and would be looking for that perfect start to the season. He would not want his players to be complacent as they go into the contest against a young side.
Gurkirat Singh and Sumit Thakur will be looking to get off their side to a good score. Both these players are experienced in this format of the game. In the middle order they have decent hitters of the ball in Gurdeep Singh, Baghel Singh and Karanbir Singh and they will be looking to score quick runs in this contest.
Bowling is one area where the side lacks experience. They will look for a good performance with the new ball from Gurmandeep Gill and Ram Singh opening the bowling for the side. The likes of Shubh Salwan and Ambrish Kalia will have to pitch in with good spells and keep the scoring rate low.

Ajay Sohal will want his side to get off to a good start in the tournament in this game. They come in with several young players who would be looking to get going with this game. They don’t have much of experience and would be looking to play to their best potential.
Ajay Sohal and Amit Rana will look to provide the side with a good start in this game and with lack of experience down the order the team would depend on them. In the middle order the likes of Umang Bhanot, Dabeer Khalid and Hajinder Singh will need to stabilize the innings and do the hitting towards the end of the game.
They are going into this game with a very young attack and this would put pressure on the side. Raman Singh and Jatin Sethi will need to pick early wickets as there are few good hitters in the Heroes squad. The likes of Rakshit Sharma and Amandip Singh will have to bowl tight spells in the middle overs.

There would be cloud cover over the skies at Niagara Falls during this game. Not much of cricket has been played in this surface over the last few months and this is likely to make the track bowler friendly. Batsmen will have to be cautious in their approach here and play to the merit of the ball. Any score above 140 runs would be a fighting total here.

A small venue the Niagara Cricket Centre has been a paradise for batsmen who are looking to play their shots with the boundaries pulled in. There is some assistance for the fast bowlers here on this surface and spinners enjoy bowling here as the ball gets old.

Toss would be crucial in the game as the wicket is likely to offer assistance to the bowlers and setting a score here would be a difficult task. Most teams tend to prefer chasing in T20 games these days and hence we believe the side that wins at the spin of the coin is likely to opt for bowling first in this game.

Both the sides would be under pressure going into this game. They haven’t seen much of their opponents and this adds to the complexity. Niagara Wonders come in with young players and their lack of experience is something that can lead to their downfall on this big occasion. The Moncton Heroes have players who have handled pressure before and this will give them the edge. At the start of the game they would favorites to win this contest.