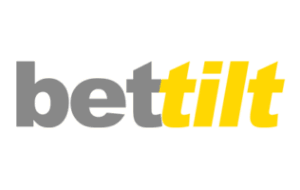 Will Melbourne Renegades Women break the losing streak of the last 5 games against Sydney Thunder Women?

With 1 win and 5 defeats from the last 8 matches played, Sydney Thunder Women are in the 7th place in the points table with 4 points. On the other side, Melbourne Renegades Women are at the bottom of the table with just 2 points from 7 matches played, including 6 defeats.

Melbourne Renegades Women are continuously losing matches this season. Now to break the losing streak of the last 5 matches, they will face Sydney Thunder Women in the 33rd game of the league and will try to leave the bottom of the points table.

Despite a good start in the batting while playing against Hobart Hurricanes Women in the last match, the team’s middle order failed to score runs on the board and ended up scoring just 133 runs in 20 overs. Chamari Athapaththu played a key knock of not out 75 runs from 59 balls, and Hayley Matthews added 26 runs from 23 balls.

Sophie Molineux tried to put pressure on the opponent’s batters while defending the target but didn’t get support from other bowlers. She took 2 wickets for 31 runs, but Sydney Thunder Women chased down the target quickly in the 19th over by sparing 4 wickets in hand.

The team has lacked in all-round team efforts throughout this season. Though they have a good batting depth, they must still utilize their strengths properly. They need to execute plans well on the ground against Sydney Thunder Women if they want to claim a win.

After defeating Perth Scorchers Women, Sydney Thunder Women failed to continue the momentum in the last 4 games. They got defeated twice, whereas their 2 games went resultless. Now to get back on a winning track, they will face Melbourne Renegades Women, who are at the bottom of the table.

Lauren Smith and Samantha Bates’ 2 wicket hauls each helped their team to restrict Sydney Sixer Women to 163 runs in the last match. Both bowlers bowled economical spells in the innings. Hannah Darlington also picked up 1 wicket for 32 runs.

The team lost their opening pair for 28 runs while chasing 164 runs. But captain Rachael Haynes (who scored 37 runs from 29 balls) and Chloe Tryon managed to settle the innings during the middle overs. Their efforts got in vain, as they lost the match by 15 runs.

The team has good depth n batting and bowling order, but they have yet to perform according to their strengths. They will try to get back on a winning track against the team struggling to secure wins.

The weather will be partly cloudy on the match day, with 10-20% chances of rain. The maximum and minimum temperatures will be between 21°C - 14°C.

Bellerive Oval Stadium in Hobart, Australia, will host this match. The ground can accommodate 15,000 people and has conducted many domestic games.

The ground has conducted 12 T20I games so far. In the last 5 Test matches played here, the team who preferred to bowl first won 3 times. Here the general trend is the winning captain chooses to bowl first.