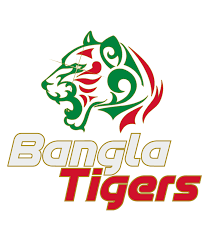 Our prediction is for New York Strikers to win the match

An all-new season of T10 League is here and we’ve got two new franchises joining the action. One of those newcomers will take on Bangla Tigers in the season opener at Abu Dhabi.

There are some powerful hitters on both sides and given that it is the first game of the season, the batters will find help from the pitch as well. A high-scoring game can be expected between these two teams.

There have been many changes to the squads as Bangla Tigers have retained only 3 players from their previous season. Shakib Al Hasan will be leading the Tigers who are joined by the World Cup-winning Indian pacer, Sreesanth.

It will be interesting to see what impact the 39-year-old bowler makes on this side. An Indian name features in the Strikers’ squad too. The 38-year-old all-rounder Stuart Binny, who played for India and Rajasthan Royals in the IPL will join New York Strikers for T10 League 2022.

There is a lot of experience in the Bangla Tigers squad. And with a good variety of T20 players from England, Shakib has a good deal of options to make a strong playing XI

The big-hitting batting order will be the highlight of the New York Strikers’ lineup when they play their first T10 League match. Kieron Pollard, who recently announced his retirement from IPL will lead the Strikers in the Abu Dhabi T10 League.

The all-rounder will be a key player for the Strikers given his ability to hit the long ball and his proven record of chasing down totals.

Former England ODI captain Eoin Morgan will also be seen in the New York Strikers squad. He hasn’t been very effective in the shortest format of the game in the last few years.

Some of the key batsmen in this side are Andre Fletcher, Azam Khan, and Paul Stirling, all of whom are big-hitting players who get going right from the start.

Fletcher was part of the Bangla Tigers squad last season. There are some promising all-rounders too in the squad. Romario Shepherd and Kesrick Williams will be handy down the order and will have a bigger role in the bowling department.

Strikers will also enjoy the services of the experienced Wahab Riaz, Ravi Rampaul, and Stuart Binny along with the rising star Akeal Hossein. Muhammad Waseem is the most likely candidate to make it to the playing XI as a local player from UAE.

Bangla Tigers finished at number 4 last season and were knocked out by Team Abu Dhabi in the Eliminator. Nevertheless, this isn’t the same Bangla Tigers that will take on New York Strikers on the opening day of T10 League 2022.

Mohammad Amir, Hazratullah Zazai, and Benny Howell are the only players retained for this season. Nurul Hasan, the wicket-keeper batsman from Bangladesh has joined the Tigers for the 2022 season. He has a strike rate of 118.3 in T20Is which doesn’t look so promising for this format of the game.

Joe Clarke, on the other hand, a wicket-keeper batsman from England, who is yet to debut in international cricket has some impressive numbers in T20s. Clarke has a strike rate of 152.2 from 121 T20s and will be a top contender to bat at number 3 for the Tigers.

Evin Lewis is likely to open the innings alongside Zazai and while the Tigers have the experienced Colin Munro in the setup, his recent performances aren’t promising enough.

Iftikhar Ahmed, who’s proven his big-hitting skills and is also more familiar with the playing conditions at Abu Dhabi would be preferred for the middle-order positions.

The all-rounders from Australia who have a knack for chasing, Ben Cutting and Dan Christian will also be seen in the Tigers set-up this year.

The pitch is batting-friendly and becomes slower as more and more games are played back-to-back at this ground. The weather is expected to be sunny with a high of 30 degrees Celsius.

The Sheikh Zayed Stadium in Abu Dhabi is the venue for all the T10 League matches. In the first 10 matches of the last season, teams managed to chase totals between 110 and 130 runs. The team batting first needs to put up a massive total and back it up by a disciplined bowling performance.

The pitch will be fresh at Abu Dhabi and help the batters in both innings of the match. Chasing will be easier early in the league stage and both teams would prefer to bowl first on winning the toss.

The toss has always played a huge role in the T10 League. In the last season, the team batting second won 7 of the first 10 games. In the season prior to that this number was bigger and only once had a team successfully defended a total in the first 10 matches. As such, the toss will be of the utmost significance in the opening game of the season.

New York Strikers have some attacking batters who seem a lot more promising and with an experienced skipper, the new team has a slight edge over the Tigers. New York Strikers will start as favourites in our match prediction.

Our prediction is for New York Strikers to win the match