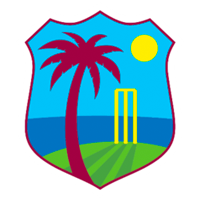 Will West Indies Legends maintain their unbeaten streak of the season against New Zealand Legends?

With 1 defeat and 1 win, New Zealand Legends have managed to score 3 points from 3 games played so far and placed themselves in 5th place in the points table. West Indies Legends on the other side, are in 2nd place in the table with 5 points. They have managed to win 2 games out of 3 played and 1 match got abandoned due to rain.

After a defeat against South Africa Legends in the first match, New Zealand Legends gained momentum in the 2nd fixture against Bangladesh Legends. Unfortunately, their last match against India Legends got abandoned and that is why this upcoming fixture will be important for them. West Indies Legends are in good momentum after winning back-to-back 2 games so far in the series.

New Zealand Legends will play against West Indies Legends in their 4th match of the season. It will be a challenging task for the team’s bowling unit to tackle West Indies’ top-order batting lineup which has shown us how dangerous they are in the first powerplay of the match.

It was a team’s bowling unit, because of which they managed to register the first win of the series against Bangladesh legends.  Kyle Mills’ 2 wickets for 11 runs in 2 overs and Hamish Bennette’s 1 wicket for 20 runs in 3 overs were the key spells in that match. They managed to restrict opponents to 98 runs in 11 overs.

While chasing the target of 99 runs in 11 overs, Dean Brownlie (scored 31 runs in 19 balls) and captain Ross Taylor (scored 30 runs from 17 balls), took the charge and successfully chased down the target in the 10th over of the game by sparing 8 wickets in hand.

Star-studded West Indies Legends now won 2 consecutive games in the series to remain unbeaten in the leagues so far. They will face New Zealand Legends in the upcoming fixture in Dehradun where they will try to maintain the good form their team has shown till now.

After thrashing Bangladesh Legends, Dwayne Smith played yet another fiery knock (scored 73 runs from 42 balls) against England Legends in the last match where West Indies Legends chased down the target of 157 runs easily by sparing 8 wickets in hand. While bowling first against England Legends, Krishmar Santokie and Sulieman Benn took 2 wickets each to restrict opponents to 156 runs.

Opener Dwayne Smith and William Perkins scored 120 runs for the 1st wicket during a chase in which William Perkins contributed with his 57 runs from 35 balls. That was an easy chase for West Indies Legends where they chased down the target in the 18th over with the help of these brilliant knocks of the top order batters.

This team has a solid depth in the batting unit. Dwayne Smith’s form is the important factor in the team’s win so far in the series. He needs to maintain that against New Zealand legends in the upcoming match where a win can lead them to be at 1st place in the points table.

West Indies Legends have an attacking opening pair that has shown the hitting capabilities they have so far this season. The batting depth they have gives them an upper hand in the upcoming game against New Zealand Legends. New Zealand Legends on the other side, might struggle to tackle West Indies’ death-over bowling spells also.