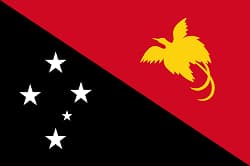 Expect Oman to start their World Cup campaign with a win over Papua New Guinea.

Oman and Papua New Guinea will lock horns in the first match of the 2021 ICC Men’s T20 World Cup to be played at Al-Amerat Cricket Ground on Sunday.

Host Oman will be keen to kick-start their World Cup campaign on a positive note. Captain Zeeshan Maqsood will be hoping that the side can deliver a clinical performance in this opening fixture.

On the other hand, Papua New Guinea will be looking to turn their fortunes around in the T20 format. Captain Assad Vala will be hoping that the side can put on a decent show with bat and ball.

The hosts are going to field their best playing combination for their opening game against Papua New Guinea.

In the batting department, the onus will be on the likes of Khawar Ali, Naseem Khushi, Jatinder Singh, Aqib Ilyas and Mohammad Nadeem to deliver the bulk of the runs.

In the bowling department, the onus will be on the likes of Fayyaz Butt, Zeeshan Maqsood, Kaleemullah, Khawar Ali and Mohammad Nadeem to deliver timely breakthroughs.

The side will see the pitch conditions and then select their playing XI for their game against Oman.

In the batting department, the onus will be on Assad Vala, Charles Amini, Tony Ura and Sese Bau to deliver the bulk of the runs.

Since October 2018, opener Tony Ura has been a consistent performer for Papua New Guinea in the T20 format. In 19 matches, Tony Ura has accumulated 655 runs at an average of 46.78 with one century and five half-centuries to his name.

In the bowling department, the onus will be on the likes of Sese Bau, Chad Soper, Nosaina Pokana and Charles Amini to deliver timely breakthroughs in this fixture.

The wicket at Al-Amerat will provide an interesting contest between bat and ball. The weather forecast for Sunday game is going to be bright and sunny.

Host Oman will take heart from the fact that they have won six T20I matches out of nine played at Al-Amerat.

Both the sides will be keen to win the toss, bat first and post a score in excess of 140 runs. The previous two matches played at Oman

Expect Oman to start their World Cup campaign with a win over Papua New Guinea.