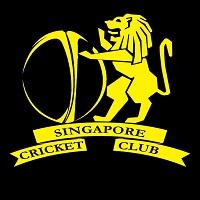 A must win game for Nepal!

Our Prediction is Singapore to win!

Host nation Singapore will be looking to end their campaign on a positive note when they take on Nepal in the final game of ICC T20 World Cup Asian Regional Finals Qualifier.

In their previous game, Singapore registered a comprehensive win over Malaysia, courtesy splendid performances from Amjad Mehboob and Surendran Chandramohan. Singapore has already qualified for the 2019 ICC T20 World Cup Qualifier that will be played in the UAE in November.

The home side will be looking to end their campaign on a positive note. Singapore has already qualified for 2019 T20 World Cup Qualifier that will be played in the UAE in November.

In the batting department, the side will be relying on the in-form opening batsman Surendran Chandramohan and wicket-keeper batsman Manpreet Singh to do the bulk of the scoring. Opening batsman Rohan Rangarajan will be keen to make a strong comeback in this game after being dismissed for a first-ball duck in the previous game.

His opening partner, Surendran Chandramohan, was the standout performer for Singapore in the previous game. He scored unbeaten 50 off 42 balls with the help of four fours and three sixes. Chandramohan will be looking to continue his excellent form with the bat in this final game against Nepal.

The middle-order duo of Tim David and Manpreet Singh has delivered crucial scores for the side in this competition. Wicket-keeper batsman Manpreet Singh produced unbeaten 26 off 28 balls to steer Singapore to a comfortable eight-wicket win over Malaysia in a game played at Indian Association Ground.

Chetan Suryawanshi, Janak Prakash and Anantha Krishna will need to contribute runs with the bat for Singapore in this contest.

In the bowling department, the side will be relying on the likes of Amjad Mehboob, Janak Prakash, and S Vijayakumar to make crucial breakthroughs with the new ball. In the previous game, Amjad Mehboob and Anantha Krishna bowled exceedingly well and picked up three wickets apiece.

Paras Khadka-led unit will need to win this game in order to qualify for 2019 T20 World Cup Qualifier that will be played in November in the UAE. Captain Paras Khadka led from the front with the bat in the previous game to see Nepal register their second win on the bounce.

In the batting department, the side will be depending on the in-form opening pair of Gyanendra Malla and Paras Khadka to deliver the bulk of runs. Khadka has topped the batting charts for Nepal in this competition with 96 runs at an average of 48.00.

In the previous game, Khadka smashed 68 runs off 42 balls with the help of 11 fours and a six. He delivered a match-winning performance with the bat to see Nepal chase down 142 runs in the 16th over of the innings. The side will be hoping that Khadka can continue his rich vein of form with the bat in this game.

Gyanendra Malla also played well and added 44 run opening partnership with Paras Khadka to see Nepal get off to a flying start in the chase. He also has produced impressive numbers with the bat in this competition with 93 runs in 3 matches at an average of 31.00. Malla will be keen to produce a notable score for the side in this must-win game against Singapore.

Sharad Vesawkar also chipped in with a crucial score for the side in the previous game. He scored unbeaten 38 off 30 balls with the help of 4 fours and a six. Vesawkar stayed till the end to see Nepal complete a comfortable win over Kuwait in the previous game played on Saturday.

In the bowling department, the side will be depending on the likes of Sandeep Lamichhane, Basant Regmi, and Karan KC to make crucial breakthroughs with the ball in hand. Lamichhane has been a premier bowler for the side and topped the bowling charts in this competition with 7 wickets at an average of 10.14.

The pitch prepared for the game will be decent for batting. The weather forecast for the game to be played on Sunday is expected to see scattered thunderstorms in the morning.

Host Singapore will take heart from the fact they have won both their games played at this venue. On the other hand, Nepal seems to be peaking at the right time and have registered two wins on the bounce.

Due to overcast conditions, both the teams would be looking to bowl first and restrict the opposing team to the lowest possible score. Batting second might be easier as rain might play a role in the outcome of this contest.

Host Singapore will be favorites to win this game against Nepal as they are playing in their home conditions. With the top-order firing on all cylinders, Singapore will be looking to register their third win in a row.

Expect Singapore to beat Nepal in this contest!