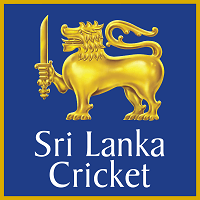 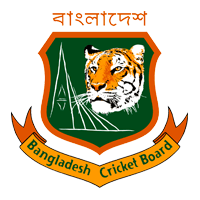 We predict that Sri Lanka Legends will defeat Bangladesh Legends.

Table toppers and tournament favorites Sri Lanka Legends take on bottom-of-the-table Bangladesh Legends in the 19th match of the Road Safety Series. In spite of playing just one game previously, Sri Lanka still holds the upper hand over Bangladesh, as they are undefeated against them. While Sri Lanka looks to secure the top spot, Bangladesh will be looking to get at least 1 win on board.

Sri Lanka Legends are yet to be dethroned from the top of the table, and it doesn't seem that it will be possible, given the form the Lankans are carrying going into the Semi-Finals. Sri Lanka played their last game on 18th September against South Africa and will hope the huge gap between the games will not hamper their form. The Bangladesh Legends, on the other hand, had quite a forgetful season so far. They would have been very disappointed after coming mighty close against Australia and yet failing to win the game. Sitting at the bottom of the table, the Bangladesh Legends will want to finish on a strong note.

Sri Lanka  Legends would be raring to go as they would want to continue their momentum and get tuned up for the Semi-Finals. Bangladesh Legends will want to put up a stronger display than what they have in this series and finish off with a win.

Sri Lanka Legends have been the team to beat right from the get-go. They have not only won games but have done it in a convincing fashion and dominated the opposition in the process. The one thing that will be playing on their mind is the long gap they have had because of the match which got abandoned. They will want to regain their form and get going once again.

The batting department is in breathtaking form. Each and everyone one has put their hand up whenever required and has contributed to the win. Middle-order batsman Jeevan Mendis scored a match-winning 43 off 27 balls. Upul Tharanga continued his great form, scoring 36 off 27 balls after the fall of an early wicket. Asela Gunaratne put on the finishing touches after scoring a quick-fire 25 taking the total to 165 for the loss of 6 wickets against South Africa Legends.

The Bowling department performed very well, as it looked like the proteas would chase down the total. Nuwan Kulasekhara picked up 2 wickets, including the crucial wicket of Morne van Wyk. Isuru Udana, Dilshan, and Jeevan Mendis managed to pick up 1 wicket each, restricting the proteas and winning the match comfortably in the end.

Bangladesh Legends have had a tournament to forget. They have failed to get into any kind of rhythm, which has cost them dearly. However, they showed signs of improvement and would find themselves a tad bit unlucky to have not won the game against Australia. The batting department was very, very disappointing. The top order folded like a pack of cards. Even though they managed to put up a total of 158, the top scorer for them was the extras, who contributed 33 runs to the Bangladesh total. Elias Sunny was the top scorer scoring 32 off 29 balls. Alok Kapali and Nazmus Sadat contributed 20 runs each; apart from that, there was not much to marvel at.

The Bowling department almost won the game for the Bangladesh Legends until it all went wrong in the last over. Failing to defend 20 of the last over, Abdul Hassan leaked 3 boundaries of the last 3 deliveries losing the match in dramatic fashion. Elias Sunny was the pick of the bowlers as he picked up 4 wickets for just 8 runs in his quota of 4 overs. Apart from that, Abdur Razzak picked up 2 wickets and capped off a really good bowling display until the final over.

The Bangladesh legends had their last match against India called off due to rain, but they did not do anything remarkable in the little play. They will be keen to sign off with a win and come back stronger.

The weather will be pleasant, with a 41% chance of rain on match day. The maximum and minimum temperatures will be in the 31°C - 24°C range.

Established in 2008, the SVNS International Cricket Stadium is one of the newest state-of-the-art stadiums in India. The pitch is both a batsman as well a bowler-friendly pitch. Unlike the other surfaces, this surface offers assistance to both the fast bowlers as well as spinners. It is one of the very few balanced pitches, with something on offer for each and every one.

As there are chances of rainfall, the smarter option would be to bowl first and chase down the total if the D/L method comes into play. However, being a batting-friendly wicket, the teams might also want to take advantage of the fresh pitch.

The Sri Lanka Legends are probably the most in-form team in the series, given the performances they have put up. They will be wary of the gap that they have had and would want to fix things before playing the all-important Semi-finals. On the other hand, Bangladesh legends would want to put on a great display and sign off with a win.

We predict that Sri Lanka Legends will defeat Bangladesh Legends.