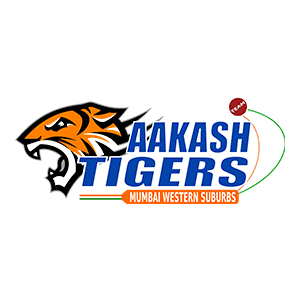 SoBo SuperSonics looks for a hat-trick of wins

Our Prediction is SoBo Supersonics to win with their 3rd Match in a row!

SoBo Supersonics has won both their matches played so far with ease against Triumph Knights MNE and ARCS Andheri. Hersh Tank top scored with 47 runs the last match and set up a perfect platform for the chase. Parag Khanapurkar, Jay Gokul Bista, and Mansingh Nigade have chipped in vital runs for the team. Rohan Raje has played quickfire cameos in both the matches to make a grand finish to batting innings. Their bowlers have restricted the opposition to scores of less than 145 runs in both the matches. All the bowlers are amongst the wickets in both the matches. Deepak Shetty is their leading wicket-taker with 4 wickets so far. SoBo supersonics has been the best bowling attack with 4-5 bowlers taking wickets in each innings.

Aakash Tigers AWS suffered a defeat at the hands of Eagle Thane Strikers the last match after winning their first match. Aakarshit Gomel has been the batting mainstay this season and has scored 79 runs in two matches. Arjun Tendulkar and Kaustabh Pawar have chipped with the 20s and 30s to build momentum in the middle overs. Shams Mulani finished the innings with a flourish with his 36 runs off just 24 balls last match. Skipper Dhawal Kulkarni has been in good form and has taken wickets in both the matches. Nehal Katakdhond and Anjdeep Lad have impressed with their performance but are yet to make a big impact in the matches played so far. They will look to win this match and get back to winning ways.

Jay Gokul Bista – Bista set the tone for the chase with a flurry of boundaries early in the match. He scored 25 runs off 15 balls with 5 boundaries. He took advantage of the fielding restrictions in the power play.

Rohan Raje – Rohan Raje has taken 3 wickets so far and gave runs at an economy of just 7 RPO. He has also scored 32 runs at a strike rate of nearly 250 to end the innings with a flourish.

Kaustab Powar – Kaustab Powar has made scores of 34 & 22 in the two matches. He has got starts but did not convert them into a big score. He needs to bat longer and put pressure on the opposition bowling with aggressive hitting.

Shams Mulani – Mulani put up a great all-round performance last match with 36 runs off just 24 balls and bowling figures of 4-0-24-1. He has an economy of just 6.25 RPO this season. He can make a difference to the team`s performance with both the bat and ball.

Wankhede pitch is starting to wear with a lot of matches being played on the surface. Batsmen still will find it easier to score runs and we can expect an average score around 160 runs. Mumbai is having a tropically hot and humid climate and no rain is expected.

Teams batting second have won 4 out 5 matches played this season. Chasing teams are taken a calculated attacking approach and are very successful in the T20 cricket recently. Dew factor may come into play late in the match.

SoBo Supersonics is on a roll with both batting and bowling department in full flow. Aakash Tigers are not able to score runs at a good rate and are lacking firepower in the batting unit. So, we expect SoBo Supersonics to win this match.