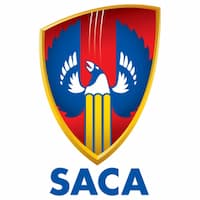 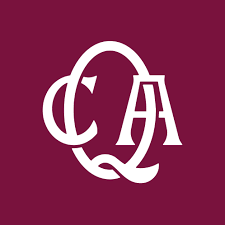 Can Queensland continue their dominance against South Australia?

Sheffield shield is a first class cricket played in the Australian domestic circuit. South Australia are not having a good tournament and are yet to get their first victory after 4 matches. They lost their previous match against Western Australia by an innings and 28 runs. They will hope to get their first victory of the season. Queensland are having are good tournament with good results and will be hoping to move ahead in the points table with crucial points from this match.

South Australia scored 299 & 117 runs in the last match and failed to overhaul the opposition target. Henry Hunt scored 71 runs and made good partnership Jake Weatherland (44 runs) and Daniel Drew (30 runs) to give good start but they suffered a middle order collapse from 177/2 to 180/5. McSweeny (67 runs) and Harry Nielson (38 runs) scored vital runs to take them to 299 runs. They had a disastrous second innings with Henry Hunt (32 runs) and Ben Manenti (39 runs) only making good cameos.

Their bowlers gave 444 runs in their only innings. Their opposition batters made a massive 308-run partnership for the first wicket. Ben Manenti bowled a superb spell taking 5 wickets in the match. Wes Agar claimed 2 wickets while the trio of Brendan Doggett, Jordan Buckingham, and Liam Scott chipped in with a wicket each in the match.

Queensland batters fought hard on a tough track and took their team to a competitive score of 205 runs. Joe Burns (22 runs), Usman Khawaja (22 runs), Michael Neser (31 runs), and Jimmy Peirson (20 runs) played vital cameos in the batting line up. But their match defining partnership came for the last wicket with the pair of Gurinder Sandhu (42 runs) and Mitchell Swepson (28 runs) adding valuable 69 runs in the match.

Their bowling attack was sublime bowling out the opposition to 63 & 132 in the last game. Neser (4/22) and Steketee (5/18) ran over the opposition in first innings to bundle them for just 63 runs in the first innings. Their pace duo of Neser (5/48) and Gurinder Sandhu (3/30) took the majority of the wickets in the second innings. Mark Steketee and Xavier Bartett chipped in with crucial wickets in the middle.

Adelaide is a good track with support for both batters and bowlers especially in the match. Pacers are expected to play a huge role in this match. Adelaide will have dark and cloudy weather on first 2 days of the match and weather will improve as the match progresses.

Adelaide is usually a good test wicket with ball moving on all days of the match. We expect average scores around 250-300 runs in this match.

Both teams will look to bowl first in this match as the pitch will be difficult to bat in the first two days with overcast conditions.

Queensland are high on confidence after their victory in the last game with their players in excellent form and rhythm. Their players are fighting hard and making life difficult for opposition with the bat and ball. South Australia are struggling to get their first victory and will have a tough task against the quality pace attack of Queensland in this match. We expect Queensland to win this match.