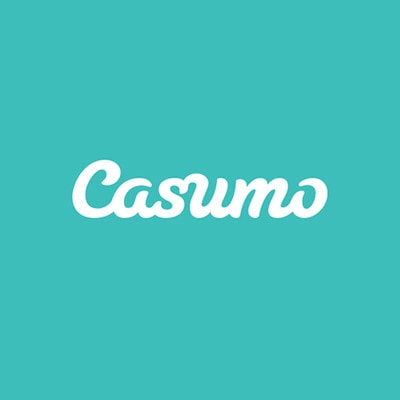 Welcome to the match preview of the 22nd match of Indian Premier League between Kings XI Punjab and Sunrisers Hyderabad. Both teams are not having a good season so far and are languishing at the last two spots of the points table. Kings XI Punjab has it`s openers fighting it out for the orange cup but their team has the wooden spoon currently. They were crushed by 10 wickets by the Chennai Super Kings in the last match. Sunrisers Hyderabad lost their previous game against Mumbai Indians by 34 runs. They are handicapped by the injuries to Mitchell Marsh and Bhuvaneshwar Kumar this season and are ruled out of this season. We can expect a good contest between two sides that are desperate for points after string of losses.

Skipper KL Rahul (63 runs) notched up his second fifty this season and Mayank Agarwal (26 runs), Mandeep Singh (27 runs), and Nicholas Pooran (33 runs) played little cameos around him. KXIP ended with 178 runs on board in their 20 overs with some late boundaries from Maxwell and Sarfaraz. Their batting will have a tall task of scoring additional 10-20 runs to compensate their weak bowling unit.

Their bowling unit was left clueless by the CSK openers as they won the match without losing a single wicket. Mohammed Shami and Sheldon Cotrell have performed well at the top but have struggled at the death. Ravi Bishnoi has been impressive this season and is putting up his best efforts with the ball. They will have a dilemma between Chris Jordan and Mujeeb Ur Rehman in this match.

KL Rahul - Rahul has scored 302 runs in 5 matches at a strike rate of 140+. He will look to continue his good form with the bat in this match too alongside his batting partner Mayank Agarwal at the top.

Mohammed Shami - Shami is the leading wicket-taker for KXIP but has been erratic in crunch situations giving the advantage to opposition. He has 8 wickets in the 5 matches played so far.

Sunrisers Hyderabad were unable to chase a stiff target of 208 runs against strong Mumbai Indians bowling unit. David Warner registered his first fifty of the season while Johny Bairstow (25 runs) and Manish pandey (30 runs) to keep up the scoring tempo early in the innings. Their middle order comprises of young exciting players Priyam Garg, Abhishek Sharma, and Abdul Samad will need to continue their good form with the bat.

SRH bowling unit relies heavily on the likes of Rashid Khan and T Natarajan in the absence of Bhuvaneshwar Kumar. Sandeep Sharma and Siddharth Kaul must bowl more effective lines to control the run flow. They must recalibrate the fifth bowling option in the team as it looks like a eminent weakness currently.

David Warner - Warner after getting starts in a couple of matches played a good knock of 60 runs off 44 balls. he will look to finish the matches and not leave behind too many runs for their inexperienced middle order.

T Natarajan - Natarajan has been the find of the year owing to his ability to bowl yorkers. He bowled superbly in Sharjah with bowling figures of 4-0-29-0 to restrict the batsmen in crucial overs.

Dubai is expected to have a hot and humid weather with no possibilities of weather interuptions.

Dubai has been a good hunting ground for the batsmen as they have scored 180-200 runs consistently. The pitch might slow down in the second innings and dew might also come into play in the later stages.

Teams batting first has won 8 out of the 9 matches played at Dubai and we expect both captains to bat first if they win the toss.

Both Kings XI Punjab and Sunrisers Hyderabad have a similar squad composition with the top-heavy batting line-up followed by inexperienced middle order. Punjab has a slightly better batting unit owing to the superb form of the openers. On the bowling front KXIP has leaked the most runs in the final overs of the match while SRH were left with a Bhuvi-sized hole to plug. We expect Kings XI Punjab to end their losing run with a win in this match.