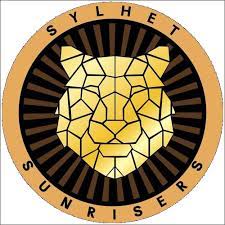 We are into the 19th game the Bangladesh Premier League 2022 and the Sylhet Sunrisers are struggling. They come here with a massive loss against the Khulna Tigers as their bowlers again failed to deliver. Fortune Barishal come here with a win against the Chattogram Challengers, and this would add to their confidence.

The Fortune Barishal have won the last three games, and this would add to their confidence. Their bowlers have been brilliant and made good use of the conditions and look to do the same here. The Sunrisers are in poor form and most players have failed to get going. It would be interesting to see if they can turn it around here.

Mosaddek Hossain’s side suffered its fourth loss in five games in the last game against the Khulna Tigers. Their bowling attack allowed the opponents to run away with the low-scoring game losing by 9 wickets. One more loss can end all their hopes of making it to the next round. Hossain would like to see a spirited show from his players in this must-win game.

Lendl Simmons and Anamul Haque have gone quiet in the last few games and the side would need a good show from them. Colin Ingram and Mohammad Mithun are experienced players, and they would have to add quick runs in the middle overs. The side would also expect a good show from Hossain, Muktar Ali, and Nadif Chowdhury towards the end of the innings.

Their bowling attack lacks teeth, and the side would expect Shiraj Ahmed and Sohag Gazi to deliver early wickets as Barishal have good hitters of the ball in the size. It was a terrible show with the ball from Nazmul Islam, Mosaddek Hossain, and Jubair Hossain in the last game and they must improve their line and lengths.

It has been three wins in a row for Shakib Al Hasan’s side and they have moved to the second spot on the points table. Their bowlers did well to defend a small total against the Challogram Challengers in the last game and ended up winning by 14 runs. Shakib would want his side to make good use of the momentum and get a step closer to the playoffs with a win here.

Chris Gayle adds strength to the top and he would aim to add quick runs with Munim Shahriar in this game. In the middle order, the side has quality players in Najmul Hossain Shanto, Towhid Hridoy, and Shakib and they come with runs in the previous game. The side would also expect to see a good show from Dwayne Bravo and Irfan Sukkur in this game.

Mujeeb ur Rahman has looked in good form with the ball and he would look to grab early wickets opening the bowling with Shafiqul Islam. Shakib and Bravo bring vast experience to the table and good spells would be expected from them. Mehedi Hasan Rana, Gayle, and Hridoy add variety to this attack.

There would be clouds over Dhaka on February 4 and we might see rain interruptions during the game. The weather conditions would help the bowlers as they have had a tough time on the flat surface so far in the tournament. Batting first, the side would be happy to have 160 runs on the board on this wicket.

The pitch at Shere Bangla National Stadium is flat and the fast outfield allows batsmen to score quick runs at this venue. Fast bowlers haven’t had the best of records here but overcast conditions do offer them some support. It has been a good venue for the spinners as there is good support from the track.

In the ten games played here the side chasing the score has won on seven occasions. It has been a good venue to chase as the knowledge of the victory target acts to the advantage of the side batting second. Thus, the side winning the toss here would have little hesitation in opting to bowl first.

Sylhet Sunrisers are struggling, and their bowlers have given headaches to the side in most of the games that they have played. They will have to make massive improvements in this area to overcome the challenge put by Barishal. Fortune Barishal comes here with three straight wins and this would add to their confidence and make them favorites to win here.