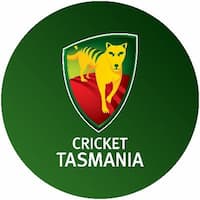 Will Victoria register the first victory of the season against Tasmania?

We predict that Tasmania will defeat Victoria.

Jordan Silk-led Tasmania are hosting Victoria in the 7th match of the Sheffield Shield 2022 at Bellerive Oval in Hobart between 29th October to 1st November. After a massive defeat against Queensland. Tasmania made a strong comeback in the last game against South Australia, whereas Victoria are yet to claim a win this season.

With 1 win and 1 defeat from 2 matches played so far in the season, Tasmania are in 3rd place in the points table with 7.85 points. Victoria have failed to register a win and 2 games played by them went as a draw. They are in the 4th place in the group with 5.48.

Peter Handscomb is looking in great touch with the bat for Victoria, but the team couldn’t utilize the whole batting strength yet in the season. They now have an opportunity to dominate the game against Tasmania. Tasmania’s unit is looking strong with their attacking bowling unit, and they will try to maintain that good form in the upcoming match.

After a batting unit’s failure in the first game against Queensland, Tasmania made a superb comeback in the last game to register the first win of the season. Now to carry that momentum ahead, they will face Victoria in the 7th game of the season in Hobart.

Peter Siddle’s sensational spells in both innings, including 8 wickets total in the match, helped Tasmania to register a comfortable victory over South Australia.  Jackson Bird and Peter Siddle both took 4 wickets each for 51 runs to restrict opponents to 227 runs in the 1st innings. Tim Ward scored crucial 82 runs from 219 balls before Tasmania summed up their 1st innings for 245 runs.

Peter Siddle again dismantled South Australia in the 2nd innings to claim 4 more wickets, and  Tasmania wrapped up the opponent's innings to 252 runs to set up a target of 235 runs for the chase. Caleb Jewell and Tim Ward scored 104 runs for the 1st wicket while chasing 235 runs. Caleb Jewell scored not out 108 runs from 213 balls and helped his team register the season's first victory by 7 wickets.

The overall team is looking solid and balanced. Jackson Bird and Peter Siddle are in superb form with the ball, whereas the opening pair of Caleb Jewell and Tim Ward is performing well with the bat. They need to execute plans well on the ground when they face Victoria in Hobart.

Victoria are looking stronger side with the batting department they have, but they failed to convert the momentum into victories as both games of the team went as a draw. The team’s next challenge is against Tasmania in Hobart.

While bowling first against Western Australia in the last match, Ruwantha Kellepotha and Todd Murphy, in the combine, sent 5 batters of WA to the pavilion to restrict opponents to 466 runs. Victoria responded to that total with brilliant batting displays scoring 2 centuries and 1 double century in the innings.

Captain Peter Handscomb scored not out 281 runs from 367 balls, while Marcus Harris (scored 111 runs from 223 balls) and  Sam Harper (scored 132 runs from 238 balls) also contributed to the team’s huge total of 616 runs. Todd Murphy again took 3 wickets in the 2nd innings to put pressure on Western Australia, but the match went as a draw in the end.

Victoria have a strong batting unit wherein Peter Handscomb is currently leading the list of the season’s top run-scorers with 423 runs in 3 innings only. They must work on their bowling unit while facing Tasmania in the upcoming match. It will be a challenge for the team’s in-formed batting unit to face Tasmania’s bowling attack, with Peter Siddle and Jackson Bird on board.

Here the pitch favors fast bowlers. The weather will be cloudy on the first day, but it looks rainy in the last 3 days, with 50-60% chances of rain. The maximum and minimum temperatures will be between 14°C - 8°C.

Bellerive Oval Stadium in Hobart, Australia, will host this match. The ground can accommodate 15,000 people and has conducted many domestic games so far.

The ground has conducted 14 Test games so far. In the last 5 Test matches played here, the team who preferred to bat first won all 5 times. Here the general trend is the winning captain chooses to bat first.

Tasmania’s unit looks more balanced in both the batting and bowling department. Victoria’s squad heavily depends on its batting lineup, and the team’s bowling unit has yet to deliver a stand-out performance in the season. Considering these factors, Tasmania have an upper hand in the upcoming game against Victoria.

We predict that Tasmania will defeat Victoria.