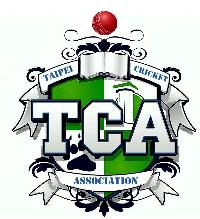 TCA Indians and FCC Formosans fight for a place in the finals!

Expect FCC Formosans to seal their place in the finals!

TCA Indians and FCC Formosans will lock horns in the semi-qualifier of the Taipei T-10 Cricket League at Yingfeng Stadium in Taipei on Saturday.

TCA Indians were victories in their last group stage played against Taiwan Dragons. Captain Manoj Kriplani will be hoping that the side can deliver their best cricket in this all-important clash.

On the other hand, FCC Formosans have notched up three victories on the bounce and will be looking to continue their dominance in this knockout game. Captain Arun Parappagoudar will be looking to make sure that the side can put on a strong display with bat and ball in this fixture.

The franchise will be looking to field their strongest playing XI for this semi-qualifier clash against FCC Formosans.

Opener Amit Kumar Bedaka is currently the franchise’s leading run-scorer this season. In 3 matches, Amit Kumar accumulated 53 runs at a strike rate of 115.67. He will be looking to get the side off to a decent start in this must-win encounter. Besides Kumar, Kriplani and Patel have also chipped in with decent scores for the side this season.

In the bowling department, the side will be relying on the likes of Neeraj Singh, Kishore Kishnagiri Manoj, and Amit Kumar Bedaka to make crucial breakthroughs.

The side played excellent cricket in the group stages of the competition. With the side winning three matches in a row, Captain Arun Parappagoudar will be hoping that the side can maintain their winning streak in the competition.

In the batting department, the side will be banking on the in-form opening duo of Anthony Liu and Arun Parappagoudar to do the bulk of the scoring. Anthony Liu has shown excellent form and delivered notable scores for the side this season. He is currently leading run-scorer in the tournament with 96 runs at a strike rate of 157.38.

Besides Anthony Liu, Arun Parappagoudar found form with the bat in the previous fixture. Against ICCT Smashers, Parappagoudar smashed 42 runs off 25 balls with the help of two fours and three sixes. Rahul Aditya, Omesh Bhat, and Aryadeep Mrinal also have chipped in with decent scores for the side this season.

In the bowling department, the onus will be on the likes of Mohammad Sadique Anwar, Aryadeep Mrinal, and Pintu Kumar to make early inroads with the new-ball.

The wicket prepared for the knockout game is expected to favor the batsmen. The bowlers will need to toil hard to get wickets on this surface. The weather conditions for the game to be played on Saturday is going to be going to sunny with a light breeze.

Yingfeng Cricket Stadium in Taipei is going to host the semifinal game between FCC Formosans and TCA Indians.

Despite recent performances, the toss will certainly hold the key in this game. Winning the toss and batting first will be the way to go in this game.

Expect FCC Formosans to seal their place in the finals!