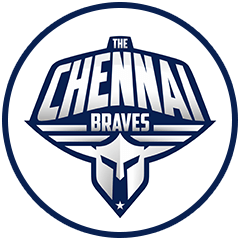 Can New York Strikers get off the mark against Chennai Braves in this match?

Chennai Braves will win the match

Abu Dhabi T10 is one of the shortest and swiftest formats of cricket where you will miss the action with a blink of an eye. New York Strikers is one of the newest entrants all set to make their debut in this season. They lost their opening match against Bangla Tigers and will be searching for their first victory in this match. Chennai Braves made their debut last season but did not have a good tournament finishing with the wooden spoon. They will look to make a winning start to the tournament this season.

Chennai Braves will be led by Sri Lankan Skipper Dasun Shanaka in this season. Mohammed Shahzad and Laurie Evans will open the batting with the middle order with the likes of Banuka Rajapaksa, Sikander Raza, Ben Duckett, and Carlos Brathwaite in the playing XI.

They have a strong pace attack with Carlos Brathwaite, Obed McCoy, and James Fuller in the playing XI. They have one of the strongest spin bowling with the trio of Karthik Meiyappan, Sikander Raz, and Maheesh theekshana in the playing XI. Dawid Malan and Olly Stone will join the team soon an are unavailable for this match.

New York Strikers batters Eoin Morgan, Muhammed Waseem, and Paul Stirling fell cheaply in the pursuit of chasing 132 runs last game. Azam khan (34 runs) and Kieron Pollard (45 runs) were the only batters to stage a fight scoring runs at over 250 strike rate last game. Andre Fletcher and Stuart Binny might come into the playing XI in this match.

Wahab Riaz and Ravi Rampaul bowled well and picked up 2 wickets each in the match. Romario Shepherd and Jordan Thompson bowled decently for the T10 standards but were not economical. Nav Pabreja` s two overs cost 42 runs and it turned out to be the big disadavnatge their team in the second innings.

Abu Dhabi is a good cricketing wicket with good support for both the bowlers and batters. We expect the weather to be hot and humid with a lot of dew expected during the match.

Abu Dhabi ground has a bigger boundary on the straight with smaller square boundaries. We expect the teams to score 100-110 runs in this match.

Chasing is the best option with short format of play as the pitch and conditions will remain same throughout the entire match.

Chennai Braves have a strong batting line-up with a variety of option in the spin department. They lack back-up bowlers in the pace department and will rely on their 3 front line pacers. They will look kick off their season with victory in the first match. New York Strikers have quality batters in their line-up but failed to give a good start in the stiff chase last game. Their bowling is their weaker suit, and they leaked a lot of runs in their first game. We expect Chennai Braves to win this match.

Chennai Braves will win the match