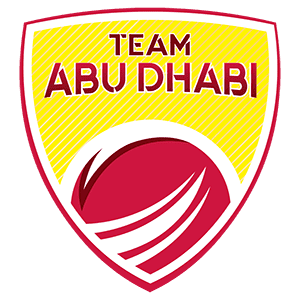 We are into the 7th game of the T10 League 2022, and Team Abu Dhabi will be taking on the Delhi Bulls. Team Abu Dhabi has made a poor start to the tournament, and the side went down against the Deccan Gladiators. The Delhi Bulls have started the season positively, winning their first game against Northern Warriors.

Team Abu Dhabi lost both games against the Delhi Bulls last season. Their main bowlers had a poor outing in the last game, which will put pressure on the team. Delhi Bulls' bowlers did well in the last game, and this will add to the side's confidence. An over can change the course of the game in this format, and hence we expect a close game here.

Chris Lynn's side comes here with a big loss. They bowled poorly against the Deccan Gladiators to lose the game by 35 runs. The team has a strong batting line-up, and Lynn would like a better show from his bowlers. It is still an early phase in the tournament, and the Team Abu Dhabi skipper would like to get the campaign back on track.

Lynn and Alex Hales form a solid opening combination, and the duo shall look to set up an electrifying partnership. James Vince, Fabian Allen, and Brandon King can hit the ball cleanly and make this middle order formidable for the team. They would also need a good show from Abid Ali, Fabian Allen, and Andrew Tye down the order.

Their bowlers had a horrible evening in the last game, and the side would need better spells from Andrew Tye and Naveen-ul-Haq with the new ball. Mustafizur Rahaman needs to get his lines right after the disastrous performance in the last game. Peter Hatzoglou and Fabian Allen must get it right in the supporting act as Delhi Bulls have good hitters in the team.

Dwayne Bravo's side has made an excellent start to the season. They defeated the Northern Warriors by 4 runs in a close game. This win would make the side confident as big names performed well. They have a balanced team, and Bravo shall look to continue with the momentum and win their second consecutive game.

Tom Banton played a vital knock in the last game, and he will aim for a positive start along with Rilee Rossouw. The middle order has experienced players in Jordan Cox, Tim David, and Imad Wasim, and runs would be expected from them. The side has depth in the batting with Bravo, Dominic Drakes, and Asif Khan to follow, and these players shall aim to add quick runs.

Imad Wasim and Waqas Maqsood have to get early wickets as Team Abu Dhabi's top order have firepower. Richard Gleeson and Shiraz Ahmed bowled tight lines in the last game, and the side would expect a similar show from them. Bravo brings lots of experience and adds depth along with Drakes.

Abu Dhabi shall see clear skies on November 25. The surface is flat at this venue, and batsmen shall enjoy the conditions as they can hit through the line. We expect a high-scoring contest, and the side batting first shall need 130 runs on the board to feel safe on this flat track.

Sheikh Zayed Stadium, Abu Dhabi, is a batsman's paradise. It is a very tough venue for the fast bowlers as there is no swing on offer. The flat wicket and the fast outfield allows batsmen to play their strokes freely. Spinners have enjoyed a good record as the dry surface allows them to turn the ball sharply.

The wicket is dry, and batsmen can play their strokes easily. In T10 cricket, chasing scores is never easy, and sides batting first have a clear advantage over their opponents. The toss would be crucial, and the team winning the toss shall opt to bat first in the game.