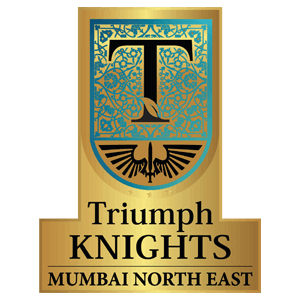 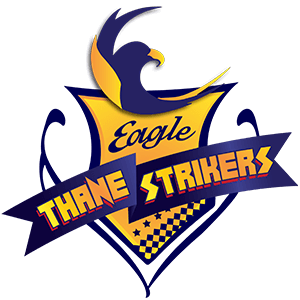 Knights need a win to stay alive in the tournament

Our prediction is Eagle Thane Strikers to win!

Triumph Knights MNE has lost both their matches and is desperately searching for their first win to stay in contention for next stage. Their batting unit posted moderate 140+ scores in both the matches batting first. Skipper Suryakumar Yadav and Karan More are the only batsmen to make a mark this year with 540+ scores. No other batsmen are yet to touch the 20 run mark in both the matches. Their bowling unit is left with moderate targets to defend and they lost both their matches in tense last over finishes. Royston Dias took three wickets last match and troubled the opposition in the chase. Prasad Patil and Parakshit Valasanghkar are brilliant with the ball in both the matches taking wickets and controlling the run flow. Knights batsmen need to score something around 160-170 runs to help their bowling attack defend the target.

Eagle Thane Strikers beat Aakash Tigers last match by 5 wickets. They came back strongly after their defeat in the first match. Skipper Aditya Tare and Sarfaraz Khan added a 100 run partnership in the middle and notched up identical scores of 57 runs. Their batting unit looks strong with contributions from all the batsmen. Their bowlers restricted the Aakash Tigers to a meager score of 136 runs the last match and made the job easier for their batsmen. Ankush Jaiswal was the pick of the bowlers with bowling figures of 4-0-19-3. Sagar Mishra and Kruthik Hanagavadi chipped in with two wickets each at good economy rate. Their bowlers kept the lid on the chase with wickets at regular intervals and allowed no partnership to bloom.

Karan More – Karan more played a valiant knock of 55 runs to help his team post a respectable total after a slump at 35/3 in 6 overs. He scored runs at a strike rate of over 150 and smashed 8 boundaries in the process.

Parikshit Valasangkar – Parikshit was brilliant with the ball in both the matches giving away runs at an economy rate just over 4 RPO. He had figures of 0/16 & 1/18 in the two matches in his quota of 4 overs.

Aditya Tare – Aditya Tare has a score of 71 & 57 in two matches and is the backbone of their middle order batting. He has smashed 18 boundaries so far in the tournament in just two matches.

Sagar Mishra – Mishra is bowling brilliantly with excellent control and accuracy. He has taken 3 wickets at an economy of just over 6 RPO so far. He can also be handy batsmen don the order.

Wankhede pitch is starting to wear with a lot of matches being played on the surface. Batsmen still will find it easier to score runs and we can expect an average score around 160 runs. Mumbai is having a tropically hot and humid climate and no rain is expected.

Teams batting second have won 4 out 5 matches played this season. Chasing teams are taken a calculated attacking approach and are very successful in the T20 cricket recently. Both captains will look to employ this strategy in this match too.

We are backing Eagle Thane Strikers for the win!