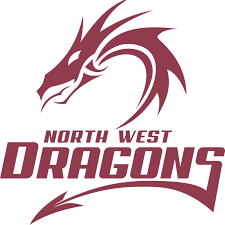 Our prediction is for Warriors to win the match

St George’s Park will be the home venue for the Warriors this season. They have already registered a win here in a remarkable fashion. And now playing their second consecutive Test at home, the Warriors will be confident and carry the momentum from the last win.

North West were completely on the backfoot after the 1st innings of their last match. And unlike the Warriors, they could not bounce back in the match and ended up with a big loss.

Warriors have a few vulnerabilities in the batting department which should give the visiting North West some hope. To beat the Warriors here, North West need to give their best bowling performance.

While most teams score fewer runs in the 3rd or 4th innings of the match, the Warriors tend to do the opposite and come out stronger instead. As such, a strong bowling performance is a must for North West to win this match.

Batting all-rounder Diego Rosier played a vital role in leading his team to a 69-runs win in the last match at this venue. Batting at number 6, the batting all-rounder scored 136 runs to take the team to 390 runs in their 2nd innings.

His 121-run partnership with Breetzke for the 5th wicket was key to the comeback from the Warriors in the match. Earlier in the Test, the Warriors were bowled out for 166 runs after opting to bat first.

It was a truly remarkable performance from the openers in the 2nd innings that helped the Warriors chase down a 370-runs target. Warriors have scored 300+ in 2nd innings of both matches so far.

The ability of their batters to bounce back in the second innings gives them an edge in this contest. Jordan Hermann, Whan Lubbe, Breetzke, and Rudi Second will be the key players to watch out for in the Warriors' lineup.

Glenton Stuurman, a right-arm fast-medium bowler, is also quite handy lower down the order. Bayers Swanepoel and Stuurman are the impact bowlers in the Warriors squad to watch out for.

After their opening match of the season was washed out, North West were eager to get going and clashed with Lions at home. Lions failed to capitalize on the home advantage and were outplayed and pushed to a corner in the 1st innings.

Even with Mutusamy picking up 4 wickets after they were to bowl first, North West ended up conceding 362 runs. That is a match-winning score to have in the 1st innings of a Test match.

And to make a comeback in the game from this point onward would need a special effort from the bowlers. Ronaldo Meyer and Eldred Hawken led a brilliant attack in the 2nd innings with the ball.

However, since North West were bowled out for just 169 runs in their 1st innings, the bowling performance couldn’t save the game. They restricted the Lions to 203-8 and yet faced a massive target of 396 runs. If it wasn’t for the bowlers, this target would have been even bigger.

North West had a terrible season last year losing 6 of their 7 matches and having no wins. They’ve got off to a poor start this season and they are up against tough opposition at an away venue.

Some of the reliable batters in this lineup who would be expected to lead North West to a competitive total are Wesley Marshall, Nicky van der Bergh, and batting all-rounder Delano Potgieter.

The pitch is well-balanced offering help for both batters and bowlers. The first couple of days, batters can play their strokes freely as the ball comes onto the bat nicely. There is pace on offer from the surface and will help the fast bowlers on both teams. The weather is expected to be cloudy with a high of 22 degrees Celsius on the first day of the Test.

There have been a few iconic international Tests played at this venue. It was considered a fast bowler’s nightmare before Allan Donald picked a 10-fer against Australia. The venue has changed over the years and promises an exciting Test match with batters dominating the first couple of days of play.

Batting at this surface becomes difficult as the match progresses and chasing a target would be challenging. Teams would prefer to bat first on winning the toss.

Warriors have the momentum on their side with two back-to-back wins. North West are on the back foot coming into this match. They did not win a single Test in their last season and have gotten off to a losing start this year as well. Though their reliable batters still seem reliable and can deliver on the day, overall, North West have failed to deliver a consolidated effort. Warriors will start as favourites in our match prediction

Our prediction is for Warriors to win the match