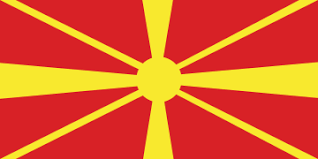 Austria are seeking to claim their first ever victory at the European Championships, this being their third appearance at the competition.

Here, they have something approaching a golden generation of players, one of the best squads in their history, and they will be expecting to put some more points of the board this time around. With the Netherlands likely to top the group, a second place position would do nicely.

Newcomers North Macedonia made everyone sit up and take notice when they beat Germany recently. They are the lowest ranking team at the tournament, but that won’t stop them from playing their hearts out at every game.

With as many as three teams qualifying per group, they have an outside chance of reaching the knockout phase.

Strong squad of players at their peak

Lack of experience at major tournaments

Austria present one of the toughest nations to predict at this summer’s championships.

On one hand, they have a group of very talented players, including Bayern Munich’s David Alaba and RB Leipzig’s Marcel Sabitzer. On the other, they have no winning experience at these championships, having failed to do so from their last six matches.

Fortunately, their injury concerns appear to have cleared up, with Arnautovic, Baumgartlinger and Baumgartner all recovering from knocks over the past couple of weeks.

Another key decision will be whether to play Alaba in defence or in midfield. He has played in both positions with similar success at Bayern and for his country and can offer plenty in either.

They will feel confident heading into this one.

The striker has 16 goals this season for his club Stuttgart in Germany, and will be keen to continue that scoring run here.

Recent win over Germany proves there is quality

Will have nothing to fear

Lowest ranked team at the competition

Tough group to progress from

For North Macedonia, just reaching the main tournament is enough to make their dreams come true, having never done so since gaining independence from Yugoslavia 20 years ago.

Despite being the lowest ranked side in the competition, and therefore likely to finish bottom of their group, other nations will underestimate them at their peril. In a recent World Cup qualifier, the minnows beat four-time world champions Germany in a shock result that made supporters sit up and take note.

37-year-old, former Inter Milan striker, Goran Pandev still leads the line, and is desperate to show the quality that took him to some of the biggest clubs in Europe.

With the Netherlands and Ukraine also in this group, it’s hard to believe that they’ll progress, but they’ll give it a good shot.

Finally gets the chance to lead his country to a major tournament after a 20 year career. Can he cause one or two surprises here?

Could be a relatively even game

Goals at both ends

Austria have the edge

In qualifying for this tournament, Austria won both of their games against North Macedonia, with an aggregate scoreline of 6-2.

They have a good group of players who will be desperate to finally progress into the knockout round of major tournament and have a good chance of doing so here if they can open with a win.

North Macedonia have the ability to cause problems, but it’s a long shot.