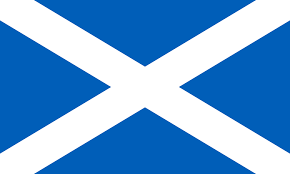 The way in which the Scottish fans celebrated earning a point against England in their second group game, you would think they had topped the group.

In truth, they are facing elimination from Group D, sitting in last place with one point. That is unless they can find a famous victory against Croatia in their final game and secure a finish as one of the four best third place teams.

They are yet to score a goal in this tournament so far, and will need much more going forward against an experienced opponent.

Croatia have looked like an ageing side at this tournament so far, unlike the team who reached the World Cup final in 2018.

They earned a draw against the Czech Republic in their last game, which has left them in third place. If they lose, they finish bottom and they’re out. Win, and they could finish as high as second.

It’s all up for grabs.

Growing slowly into the tournament after draw against Czech Republic

Have the better attack than their opponents

Failure to qualify will be seen as disastrous

Do they have enough creativity to break down tough Scots?

Croatia have been one of the more disappointing nations at this summer’s tournament, a far cry from their lofty performances at the 2018 World Cup.

They looked completely out of ideas against England in their first game and, while they managed a point in their second, now face an uphill battle of beating an organised Scottish team to progress.

Despite this, they will feel that they have the tools in their squad to gain three points. Perisic scored the equaliser against the Czechs and in Modric, they still have a top class magician in the middle of the pitch.

Even then, four points may not be enough to qualify. They will have to hope that two of the six third place teams have worse records than they do.

Showed his quality when cutting in from the left against Czech Republic. Can he inspire them again here?

Will have gained confidence from avoiding defeat against England

Three at the back makes them difficult to beat

England draw will have sapped their energy

Such is the Scottish mentality, they can be eliminated from the tournament at the group stage, but as long as they don’t lose to England, they’re happy.

It’s looking likely that this will be the case, with Scotland sitting at the bottom of Group D, needing a win to stand any chance of progressing.

It would be a famous win too, potentially seeing them through to their first ever knockout game at the Euros. Their form against Croatia is positive, although they haven’t faced one another since the 2014 World Cup qualifiers, where Scotland won both games.

They gave so much energy in that performance against England, so will they have enough left in the tank here?

The Southampton striker has the quality to trouble the Croatia defence, if he is given the right service by his teammates.

Both sides to go for the win from the off

Croatia have the better attacking options

Despite being 30 places between them in the world rankings, there isn’t a whole lot of difference in terms of quality that we’ve seen so far.

Scotland always play with great passion, but do they have enough quality in the final third?

Croatia have the technical ability, but can they translate that into goals this time around? They are perhaps slight favourites, but will have to work hard for it.