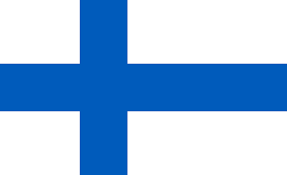 Denmark is a proud nation when it comes to football. With a population of 6m, or about 10 times smaller than the UK, the Danish continually punch above their weight on the big stage, as they did when the won the competition back in 1992.

As Belgium are likely to end up winners of Group B, Denmark are favourites to grab that second spot in order to gain automatic progression through to the Round of 16. They have some fine, well-established players and could be the underdogs of the competition.

Finland are already in dreamland having reached the first major competition in their history.

With a population on the same scale as their opponents, though without the footballing history, they will be hoping to cause one or two problems within their group, although are not expected to progress any further.

Lost one of their last 22 meetings with Finland

Unproven strikers could make it hard to score enough goals

Denmark have proven history at these Championships, winning in 1992 to shock the footballing community, not to mention the Germany team they beat in the Final.

They have some top quality, well-established players who can guide them to a strong campaign here. Kasper Schmeichel, son of 1992 winner Peter, has been brilliant in goal once again for Leicester this season, while the likes of Christian Eriksen, Kjaer, Hojbjerg and Delaney all have plenty of experience.

The main question mark is in attack for the Danes. Can 22 year-old Jonas Wind lead the line successfully with just three goals so far for Denmark?

Has been Denmark’s most important player for a decade now. He’s struggled at Inter Milan since leaving Tottenham, but his quality in undoubted.

Won six of their 10 qualifying games

However, they’re winless in their last six games

Finland, like fellow debutants North Macedonia, will already be overjoyed to have reached their first major tournament.

They’ve also been granted a reasonably kind group, with Belgium, Denmark and Russia for company. Certainly not easy by any stretch of the imagination, but if they could sneak into 3rd place, they have a chance of qualifying for the knockout phase.

There is certainly talent in this group of players, but they are also one of the less-established squads in the competition for sure.

Their preparations have been less than ideal, losing both of their build-up matches and have gone six games without a win.

Has 20 Finland goals in his last 27 appearances, and has just fired Norwich back into the Premier League next season. He’ll be eager to prove his talent on the big stage

Denmark should boss the game with their quality

Finland will try and make it difficult for them

If Denmark can score goals, they’ll be a tough proposition

The only real doubts about this Denmark team is in the final third.

Sure, Martin Braithwaite is a Barcelona player and Jonas Wind appears a very good prospect at the age of 22, but they will need to hit the ground running here, with Russia and Belgium far tougher opposition.

Finland will set themselves up to be tough to play against, and will hit hard on the counter.