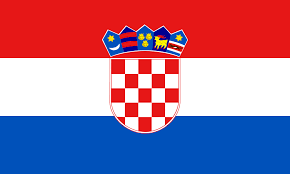 For England, there is once again genuine optimism that this could be the year that they put their rather troubled history aside when it comes to major tournaments.

Since winning the World Cup in 1966, a Semi Finals position is the closest they have come in after that competition or indeed the Euros, as they did in 1996.

Here, they have one of their most exciting squads in decades, brimming with youth, energy and balance that should see them through to the latter stages of the tournament if they can get off to a strong start here.

Croatia are a quality, if slightly aging, team themselves. They dumped England out of the World Cup three years ago, and will be eyeing up causing more surprises once again.

Whether they are at the same level as three years ago will be called into question, with some of their star players clearly coming to the end of their careers.

Home advantage throughout most of the tournament will help

Have one of the best attacks in the competition

Defender Maguire won’t be fit for this game

The stat staring England in the face before the tournament starts is that they have never won their opening game of a Euros in nine attempts.

This habit of starting slowly has often come back to bite them in the behind, as not winning the group can often mean facing a tougher opponent in the Round of 16, so a good start here is vital.

The main question mark for manager Gareth Southgate will be who to start in attack, given his embarrassment of riches in this area. Harry Kane is nailed on in the striker’s position, but two of Rashford, Sterling, Sancho and Foden and Grealish could have to settle for a place on the bench.

Harry Maguire has resumed full training but is not expected to start this one.

Top scorer in qualifying with an impressive 12 goals, and off the back of another stellar year for Spurs, Kane is chomping at the bit here.

Have history in beating England

Star man Modric can help them control the game

England are unbeaten at Wembley in a major tournament

Recent results have shown that maybe their peak is over

For England fans, Croatia will ever be known as the team who dumped them out of the World Cup in 2018, despite the English having some excellent chances to put the game to bed.

Through Modric, however, they have a star midfielder who can control the game in the same vein as legends of the past like Xavi, Zidane and Iniesta.

This is an aging team, however. Modric is 35, forward Perisic is 32 and while forward Petkovic is only 26, his goals record of just six will not inspire the same confidence as retired Mario Mandzukic.

They will make things tough for England, without a doubt. But can they rise to the levels they were at three years ago? It remains to be seen.

The former Ballon d’Or winner still oozes confidence and quality, and if England allow him, he can boss the game.

England would have liked a slightly easier fixture to kick off their Euro campaign, given their poor record of never winning their first game.

That said, they know Croatia well, and are a better side than the one who lost to them three years ago.

They have some incredible exciting players going forward, and if they can keep the likes of Modric and Perisic quiet, they can cause some real problems.