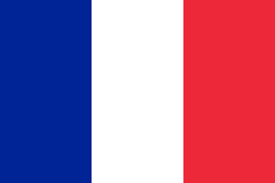 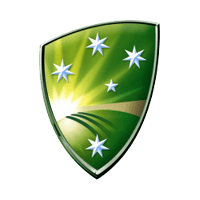 France have been handed the task of playing Australia to kick off their World Cup defence, having lifted the trophy in fine fashion four years ago.

On paper, France has a phenomenal squad of players to choose from, arguably the most well-rounded and star-studded of any nation at the competition.

However, we know from previous international tournaments that the French don’t always click as they should. There have been one or two injuries to overcome and a sense that all is not quite rosy in the camp.

As for Australia, they will be looking to improve upon their finish in the last three World Cups, which was to go out in the group stage.

This time around is no different in the sense that they are not expected to progress to the knockout phase, but can at least shape how the rest of the group looks with its results.

Have arguably the best squad at the tournament

Australia shouldn’t present too many problems

Injury concerns and talks of unsettled players is slightly concerning

There is very little in between winning the tournament and crashing out early. That doesn’t necessarily bode well for France, considering that they won the competition four years ago.

Kylian Mbappe, one of the stars of his generation, has reportedly been unsettled at his club, PSG, this season. The likes of Raphael Varane and Christopher Nkunku have suffered injuries (the latter heading out of the squad).

There is still a lot that this French team needs to prove to show that it’ll be one of the favourites for the tournament. They have the quality to win the group, but it’s hard to predict their fate afterwards.

With an embarrassment of riches across the pitch, they should win this game comfortably.

Continues to excel at every level he plays at. He has 19 goals already this season for PSG, and 28 in 58 appearances for France.

Are an experienced World Cup country

Record against top sides is poor

Unlike in previous tournaments, when they possessed Australian legends like Tim Cahill and Mark Schwarzer, they now have very few individuals who have played at a high level for their club.

This showed in games against better opponents during qualifying. They became the first country ever to win 11 consecutive qualifying games, although that fell apart when they faced some of the bigger nations.

You feel that this will also be the case against the likes of France and Denmark, who they face in Group D. If they can claim a surprising win against either of those, then they have a chance of progressing.

That’s a big if, however.

The young attacking midfielder has only 12 caps to his name, but is one of the country’s most talented. One of the few to have played at a good level in Europe too, for Eintracht Frankfurt.

There are few games quite a one-sided, on paper at least, as this one.

The Australian team has little in the way of star quality, although they will bring a determination and team spirit that will win fans throughout the group stage.

But there is no substitute for sheer footballing ability, and France have that in an abundance.

If Mbappe and co. are on form, there should be a few goals in this one.