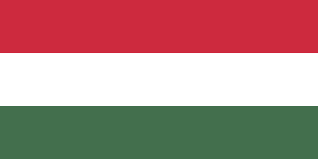 Five years ago, a Cristiano Ronaldo-inspired Portugal all the way to their first ever major tournament success, beating France in the final against many people’s predictions.

Arguably, the Portuguese unit has only strengthened since then. While Ronaldo is older and (perhaps) not quite as unstoppable as he was back then, the likes of Bruno Fernandes, Bernardo Silva, Joao Felix, Ruben Dias and Diogo Jota have all either come into the squad, or improved on five years ago.

With France expected to win Group F, Portugal are likely battling with Germany with the second automatic qualifying spot.

Hungary have reached the Semi Finals before, but this is only their second appearance at the Euros since 1972. While there are no star names in Hungary’s squad, they will be well-organised and difficult to beat.

The draw was rather unkind to Hungary, with three champions in their group.

Unbeaten in their last 11 matches

Given the toughest group imaginable at the competition

Portugal will be determined to win with tougher tests ahead

Naturally, there is a feeling that Hungary will be Group F’s whipping boys, with Germany, France and Portugal seeing them as an easy three points to collect before doing battle with the bigger fish.

They would be wise not to underestimate a side who topped their group, ahead of Portugal, back in Euro 2016, and who have gone 11 games unbeaten recently.

While they don’t have the luxury of a star name in their ranks, there is clearly ability in a squad which has done well at the previous couple of tournaments.

The key trio of goalkeeper Gulacsi, central defender Orban and attacker Szoboszlai will form the backbone of this team.

Is not known for his goals at club level, but Szalai has a good record for the national side, scoring 23 goals in 70 games.

Being reigning champions will make them hungry for more

Several players at the peak of their powers after great seasons

Must win here with Germany and France to come

Full back Cancelo misses out due to Covid-19 positive test

There is no doubt that Portugal have improved into an even better team than the one who won the championships five years ago.

That said, they are not seen as the nation to top Group F, with France seen as the likely favourites there. Therefore, they will likely challenge Germany to see who will grab second spot, and most would agree that Portugal are in a stronger position right now.

In defence, Ruben Dias has had the season of his career and won Player of the Year as Manchester City won the Premier League. Bruno Fernandes was fantastic for Manchester United, with 46 goal contributions. Joao Felix won the Spanish League with Atletico.

There is plenty of star power in this line up, but can they combine effectively?

Now at his 11th major tournament, will this be the 36-year-old’s last Euros? Nevertheless, he’s still in stunning form, with 36 goals in 44 matches for Juventus this season.

Either Ronaldo or Fernandes to score

You feel Hungary must avoid defeat

Defeat in the opening game of a tournament can often spell disaster for a nation. With games against France and Germany to come, both teams will have different objectives here.

If Portugal can win, they put themselves in a strong position to finish in the top two. Should they lose, it makes life quite a bit harder.

If Hungary can hold out for a point, it gives them hope of sneaking a third-place finish later down the line.