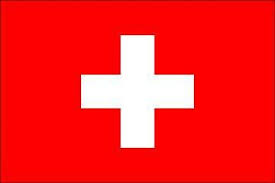 Europe watched on as Italy got off to the perfect start on the opening evening of the tournament, hosting a brilliant opening ceremony, followed by a good performance on the pitch to see off a weak Turkey side.

There will be tougher tests to come, especially if they hold plans to progress deep into the competition. However, they looked like a very well-drilled team, with two experienced defenders at the back and some talented strikers at the top of the pitch.

A win here would surely see them comfortable at the top of Group A, and would leave Switzerland with just a point and at least two points clear of either Wales or Turkey, depending on their result.

Switzerland were the better team against Wales in their opening game, and they will be disappointed not to have held onto their 1-0 lead.

A point is not the worst result in the world, but if they lose here and Wales beat Turkey, it could be a long way back to the top two.

Looked impressive all over the pitch against Turkey

Switzerland will pose a sterner test than Turkey

Could be threatened by runs in behind

As brilliant as Italy were at times in the opening game, there was a suspicion that Roberto Mancini’s defence could be tested by running in behind them, as Burak Yilmaz did once or twice.

Turkey were unable to capitalise upon that, but better teams may well be able to as the tournament progresses. Leonardo Bonucci and Georgio Chiellini are fabulous defenders, but they do lack for pace now that both are in their 30s.

Their main strength is going forward. Both Immobile and Insigne looked good, and scored, against Turkey, with the midfield trio sitting behind them controlling the game nicely. They will look to continue that here.

Looked dangerous all game against Turkey and took his goal nicely in the second half. Will look to continue that here.

Controlled the game well against Wales

Looked dangerous on the break

Will not have as much possession against Italy

Defeat here will leave them needing victory against Turkey

On the whole, Switzerland look strong against Wales in their opening game.

Wing backs Rodriguez and Mbabu were a constant thorn in the Welsh side, while the dynamic running of Embolo up front was refreshing to watch.

With three at the back, it gives them a little more protection against their opponents and are likely to do the same again here against the three frontmen of Italy.

If they have a downside, it’s in terms of scoring goals. Other than Embolo, no other player looked likely to get on the scoresheet and it’ll be up to the likes of Seferovic to improve his game.

It’s a tough ask, but they must try and leave this game with something.

The forward’s athletic, direct running caused all kinds of problems for the Wales defence. Can he do the same here?

May need to be patient to break three-man defence down

Italy will again have the home advantage in their second group game, with Switzerland having to travel 2000 miles from Baku, where they played Wales.

The Italians showed patience in breaking down Turkey, and they may need to do the same again here if the Swiss are tight at the back.

Switzerland will be desperate not to lose the game, leaving them with just a point after two games. Depending on the result of the Turkey vs. Wales game, they could be cast adrift if they are beaten.