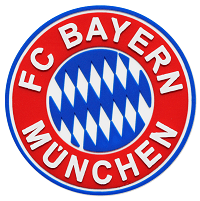 GERMAN GIANTS IN POLE POSITION WITH CHELSEA NEEDING A MIRACLE

There appears to be no stopping Bayern Munich right now. They are scoring goals for fun, have a mouth-watering blend of blistering youth with top experience and are surely one of the favourites to lift the trophy on August 23rd.

There was such a gulf in quality between the two sides when they met in February, a match which saw Chelsea blown off the park at times by Bayern’s cutting-edge football, that it’s hard to look past another comfortable victory for the Germans on Saturday.

Frank Lampard has more to think on than his opponents. Does he rest some of his first XI after a busy end to the season at the risk of a thrashing? Or does he give much-need game time to some of his youngsters to give them invaluable experience?

The first goal of the match will be vital – either ending Chelsea’s hopes or setting up a miracle comeback.

That’s the situation Robert Lewandowski finds himself in, with an astonishing 51 competitive goals in 2019-20 vs. Chelsea’s Tammy Abraham (17), and unsurprisingly he was on the scoresheet when these two teams met in February.

Alongside the Bundesliga’s record assist-provider Thomas Muller, explosive Serge Gnabry and creative maestro Thiago, Bayern have arguably the deadliest attack in the competition, though they’ll likely be without the injured winger Kingsley Coman.

Their only concern will be the complacency that can come with a comfortable lead.

Manager Hansi Flick will be well aware of the comebacks witnessed in the Champions League last season, with Liverpool, Manchester United and Tottenham all completing famous turnarounds after big first-leg defeats.

Enjoying the best goals return of his career, he was probably robbed of the decision to cancel this year’s Ballon d’Or.

Frank Lampard has already enjoyed a successful first season at Stamford Bridge. To start the season with the club banned from signing any new players, as well as seeing Eden Hazard sold to Real Madrid, he’ll be pleased with a top-four league finish and an appearance at an FA Cup final.

He’s known for quite some time that they’ll need one of the most unlikely comebacks in Champions League history to beat Bayern Munich.

For starters, he’ll be without three key players. Cristian Pulisic, who has starred recently, and Cesar Azpilicueta are on the treatment table, while Marcos Alonso is suspended. He also can’t use new signings Timo Werner and Hakim Ziyech until the new season starts next month.

However, Chelsea will know that if they can score the first goal, they could still cause the German champions some trouble.

The 33-year old has worked his way back into Lampard’s plans in 2020, impressing with his sharp finishing in front of goal.

Stranger things have probably happened in football, and Chelsea will look to Liverpool overturning Barcelona by the same amount last season.

Though in reality, most people expect Bayern Munich to comfortably finish the job against Chelsea this weekend, moving onto tougher tests in the Semi-Finals and beyond.