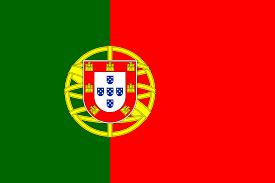 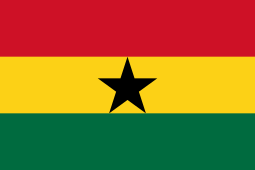 If the news that surrounds a World Cup wasn’t already intense enough, Cristiano Ronaldo dropped a controversial interview hitting out at his club Manchester United.

This week, it has been confirmed that Ronaldo will leave United by mutual consent.

While Ronaldo is always fully concentrated at the task at hand, there will be many in the Portugal camp wishing it hadn’t happened right before the start of their World Cup campaign.

In what will likely be his final World Cup, can Ronaldo inspire his country to victory?

At the opposite end of the scale, Ghana are the lowest-ranked nation at this year’s tournament, qualifying by the away goals rule in a playoff against Nigeria.

This will be their fourth World Cup appearance, with their most recent in 2014.

Fine squad of players including Bruno Fernandes and Bernardo Silva

Finished behind Serbia in the qualifying group

For the past decade, many have labelled Portugal as being like Cristiano Ronaldo plus 10 others.

Such has been Ronaldo’s dominance on the team, both for good and bad, much of what the team does is to get the best out of his abilities.

That often means that Portugal often play like a collection of very talented individuals, rather than a collective team.

With the likes of Bruno Fernandes, Bernardo Silva, Joao Felix, Diogo Dalot and Ruben Dias at their disposal, they have a starting XI to match almost anyone in the tournament.

We saw in qualifying, however, how they don’t always click into gear, with Portugal finishing 2nd in their group behind Serbia and needing a playoff to qualify for the main tournament.

Against Ghana, however, you would expect this talented bunch to have too much in the tank.

With a sensational 117 goals in 191 appearances, Ronaldo has given everything he has to Portugal. Can he find his very best form to drive his country all the way here?

The likes of Partey and Ayew add top-level experience

Have the capacity to spring a surprise

Finished bottom of their Africa Cup of Nations group

Ghana are arguably the most unpredictable of the five African teams competing at this year’s World Cup. On one hand, they have plenty of talent. On the other, they aren’t entering this in the best of form.

There are some household names that Ghana can call upon to lead the charge, not least Thomas Partey who has been at the top of his game with Arsenal this season.

Tariq Lamptey has been a growing star at Brighton, while Jordan Ayew makes up part of Crystal Palace’s free-flowing attack.

That’s why their performance at the recent AFCON was surprising, where they finished bottom of their group.

As the lowest-ranked nation at this tournament, little is expected from Ghana. However, as we saw from Saudi Arabia against Argentina, nothing can be taken for granted.

The 22-year-old has enjoyed a stellar star to the season with Ajax, scoring 10 goals from 21 games. He can play as a lone striker, or deeper as a playmaker and will be eager to prove his worth here.

Portugal’s midfield will dominate the game

Ronaldo will have a chance or two

Must be wary of Ghana at the other end

Already this tournament, we’ve seen many of the so-called lesser teams making up for their supposed lack of quality with hard work and determination.

Ghana may take note of those performances and have something in store for us here, although it is Portugal who are very much the favourites.

Cristiano Ronaldo would love to kick the campaign off with a goal, too.