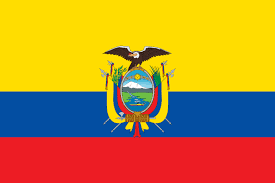 So, here it is then. The Greatest Show on Earth. The tournament we’ve all been waiting four (and a half) years for.

Qatar isn’t necessarily the first place you’d imagine a World Cup would be here, and the decision to award it to a small country in the Middle East hasn’t been without controversy.

However, now that the start is upon us, the talk can finally turn to the footballing side of things.

It goes without saying that the best players in the world are here, and some that can be called among the best of all time.

It is likely to be the last World Cup for the likes of Lionel Messi and Cristiano Ronaldo, while the likes of England, Belgium and the Netherlands are hoping to make the most of their talented squads.

In this opening game, hosts Qatar kick off their bid to achieve the unexpected and qualify from their group.

Ecuador, always dangerous as a South American nation, are favourites to win this game, although they too may struggle to qualify.

Will receive a confidence boost being the home nation

Ecuador is their best chance of picking up a win

Are the lowest ranked team in the group

Unlikely to have the squad to cause opponents many problems

It is safe to say that Qatar would not have been part of this World Cup unless they were the host nation, a privilege awarded to countries by FIFA.

They have never qualified for a World Cup in the past and their world ranking of 50 suggests why.

True, Qatar are the current holders of the AFC Asian Cup, which they won in 2019, but as no Asian nation has ever won the World Cup, we expect this to count for very little.

Their squad is mostly a selection of local players, or at least players who ply their trade in the Middle East, rather than across Europe or South America.

There is a sprinkling of talent among the squad and you cannot discount the boost they will have as a home nation, but their chances of qualification from the group stage are slim to none.

Ali is Qatar’s all-time leading scorer with 42 goals from 85 appearances for his country. He is the best that Qatar have to offer and represents their best chance of securing progression.

Just one defeat in 14 matches coming into the tournament

Have only scored two goals in their last five games

Third favourites to progress from the group

When you categorise the nations taking part in this year’s World Cup, Ecuador is one that falls into the ‘underdogs’ list, at least in terms of their group.

Both the Netherlands and Senegal are stronger than Ecuador and you would therefore think that those two teams will be favourites to progress.

Ecuador were not part of the World Cup in 2018 and this will be their fourth tournament. Their previous best result was a Round of 16 tie in 2006.

This is largely a young squad, the youngest at the tournament to be precise, and one that will hope to make qualification for future World Cups the norm going forward.

While a lot rests on Enner Valencia, he is backed up by several talented youngsters, like Gonzalo Plata, who is 22, and Piero Hincapié, who plays his football for Bayer Levekusen in Germany.

The experienced forward, who has previously played for West Ham and Everton in the Premier League, has 35 goals to his name for his country. Much will be placed on his shoulders from an Ecuador point of view.

Can Qatar cause an early upset?

Ecuador will be expected to win

While neither of these two teams are expected to go far in the competition, there is always a nation that causes one or two shocks every time a World Cup comes around.

As the host nation, Qatar will have some of the local fans behind them, plus a boost of confidence for having the eyes of the world on their nation.

In reality, you would expect Ecuador, with their strong defensive record of late, to come through this with three points.