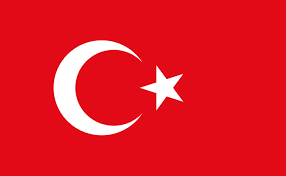 Both Switzerland and Turkey will be eyeing victory in their final game of Group A, and three points that would give them a good chance of progressing through to the Round of 16.

For Switzerland, three points could well catapult them up into second position, should Wales lose their game against Italy. A draw will see them finish on two points and only time will tell whether that is enough to see them qualify as one of the four best third place teams.

A defeat would see them finish bottom of the group and eliminated.

As for Turkey, victory is the only option here with the team rooted to the bottom of Group A currently. In truth, they have been poorer than expected, going down against both Italy and Wales without scoring a goal.

A win here could see them qualify in third place instead of Switzerland.

Have a chance to end the group strongly with victory

Need more up front themselves

A point may not be enough to qualify

Switzerland have a dangerous choice on their hands, with a place in the Round of 16 up for grabs if they get it right against Turkey in the final game of Group A.

They either go for the win, in the knowledge that three points could lift them up to second if Italy beat Wales. If even they remain third, four points should be enough to qualify. If they are too open and lose, however, they’ll be eliminated.

They could also play a more conservative game and sit back for the draw, knowing that they’ll finish third if they manage to do so. Two points, however, is no guarantee of qualification and they could well miss out.

One thing that’s for sure is that the Swiss need more firepower up front, with just one goal scored so far. True, Italy look very strong, so losing to them is nothing to be ashamed of, but they need more from the likes of Embolo and Shaqiri going forward.

Is great to watch when in full flow. Didn’t manage to trouble the Italians but Turkey could be an ideal opponent for him.

Quite simply have to go for the win

Yilmaz could get some joy against the Swiss defence

A win may still not be enough to qualify

Complete lack of defensive solidity so far in the tournament

Turkey have been the major disappointment of the tournament so far, losing both of their games with a goal difference of minus five.

Although they have a world ranking of just 29, you would expect a much better defensive solidity than that which has been on show here so far.

At the back, Soyuncu has been one of the Premier League’s best defenders for Leicester in recent seasons, but has failed to marshal the Turkish back line here.

Going forward, Yilmaz has also had a disappointing tournament after what had been a great season for the veteran striker.

They must push forward and try to win the game here.

Is vital in linking the midfield to the attack, but has struggled to be at his creative best so far this tournament.

Should be an even game

Both sides should go for the win

Swiss defence could just have the edge

The odds on Turkey qualifying are rather small, particularly given their lack of points and poor goal difference, but stranger things have happened on the final day of the group stage.

In truth, this is likely to be a rather tight game, with neither side wanting to lose, especially the Swiss.

That could lead to a draw.