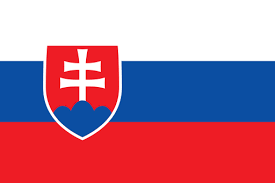 One of the surprise results of the tournament so far has gone in favour of Slovakia, with the nation ranked 36 in the world overcoming a dangerous looking Polish side.

In truth, Poland did not appear anywhere near their best, with Lewandowski cutting an isolated figure up front. It also aided Slovakia’s cause when Poland went down to 10 men in the second half.

That said, a win is a win, and three points currently means that Slovakia are sitting pretty at the top of Group E, with Sweden and Spain cancelling each other out in their opener.

Sweden earned themselves what could potentially be a valuable point against Spain, solidly shutting the door on the three-times champions.

While they offered very little going forward, the Swedes also had the best chance of the game in the second half, but will settle for a point which could help them progress depending on how their two remaining fixtures pan out.

Will need to create more against Slovakia

Travelling 2000 miles from Seville to St. Petersburg may affect focus

Sweden swap Seville for Saint Petersburg this week, the location where they will play their second and third matches in Group E. Travelling 2000 miles between matches isn’t ideal, but they may benefit from a slight drop in temperature.

At times, they were at the mercy of Spain in their opening match, with their opponents missing some unbelievable opportunities. The Swedes also defended well, with Victor Lindelof winning man of the match.

For their remaining matches against Slovakia and Poland, they will need to show more of their attacking side, probably requiring three points from at least one of those fixtures to progress.

They have a good record against Slovakia, which should give them confidence of securing a win here.

The La Liga forward showed us glimpses of his ability against Spain. Can the 21-year-old find the net here?

Win over Poland showed that they can’t be underestimated

Skriniar looks a top class centre back for them

Sweden will be better defensively than Poland

Slovakia gave a perfect underdog’s performance in their Group E opening game against Poland, frustrating the so-called favourites and starving the world’s best striker of chances in front of goal.

In Milan Skriniar, the Slovaks have one of the finest centre backs at the tournament this summer and, while that won’t take them deep into the competition, it could well see them progress from the group.

With three points on the board, the pressure is relieved somewhat, and they know that a draw here will further cement their chances of progression.

Spain are still the most likely side to top the group, but Slovakia have put themselves in a great position to qualify alongside them.

In defence, Slovakia have a real warrior. While his team may not score many, he can help by keeping things tight at the back.

Should be an even game

Sweden’s Isak vs. Slovakia’s Skriniar should be an interesting battle

Perhaps one goal to separate the teams

With just a point on the board, Sweden really cannot afford to lose here with a tough game against Poland to follow.

If Spain beat Poland, as expected, Sweden will at least remain in third place. However, a point is unlikely to be enough to qualify and they won’t get a better chance than this to add three points to their tally.

Slovakia showed their qualities against Poland, and will surely sit back for a point here.

Both teams are better at defending than they are attacking, which is why this will be close.