The Big Bash League is Australia’s leading domestic league as well as the world's one of the most exciting cricket leagues. This year’s 10th season will start from 10th December with the first match between Hobart Hurricanes and defending champions Sydney Sixers. TheTopBookies will feature the best BBL betting sites as usual. In this year also there are high chances for Sydney Sixers to clinch 2nd title in a row. Let's see a few key sources and stats.

Similarly, according to 10CRIC also Melbourne Stars (5.00), Sydney Sixers (5.00), Adelaide Strikers (6.00), Perth Scorchers (6.50), and Brisbane Heats (7.00) will qualify for the knockout stage but there is a tough call between Melbourne Stars and Sydney Sixers to win a title race since both have the same odds of 5 on their side as per 10CRIC.

BBL is conducted every year since 2011 and a total of 8 teams have participated in this year’s seasons. Melbourne Stars, Sydney Sixers, Adelaide Strikers, Perth Scorchers, and Brisbane Heats, these 5 teams have maximum chances to qualify for playoffs after looking towards their past year performance and this year’s auction of BBL.

After looking at the squad of Sydney Sixers and the player’s current fitness and form, there is a good chance for them to claim their 3rd title in this 10th season of BBL. Analyzing an auction of this year’s BBL, Sydney Sixers have bought some big players into their squad like Mitchell Starc and Dan Christian. After winning the previous year’s BBL against Melbourne Stars, Sixers will be looking forward to claiming their 3rd title with T20 specialist players like Tom Curran who have delivered some good all-around performance in the death overs for Rajasthan Royals in IPL, and Dan Christian who is considered as one of the best all-rounders in BBL’s history.

Looking at the current form of players here are the top 5 batsmen who may perform well in the tournament and will be on the list of top scorers:

Jonny Bairstow is looking in good form for playing in the current series against Australia and also for Sunrisers Hyderabad in IPL. He will be a good opener for Melbourne Stars along with Marcus Stoinis who was the leading run-scorer in the last season. Stoinis also delivered some fine all-round performances while playing for Delhi Capitals in IPL. Despite not getting many chances for Josh Phillippe in IPL, he is one the most important batsman for Sixers to carry forward their batting unit. Darcy Short and Shaun Marsh are also players to look for and they are consistently scoring runs for their sides in BBL.

Here are the top 5 bowlers who have a high chance of being on the list of top wicket-taking bowlers this season:

Rashid Khan is one of the best T20 economic bowlers of the world and also performed wonderfully in this year’s IPL. He is also the 2nd only spinner in this year’s IPL to claim a spot in the top 5 wicket-taking bowlers. Mitchell Starc is an Australian pacer who worked a lot on his fitness after ruling out in T20 format for many BBL season and looking forward to coming back after 5 years in BBL for Sydney Sixers. He will be a player to watch out for in this year’s BBL. Tom Curran is also the main bowler for Sydney Sixers and was on the list of top 5 wicket-takers in the previous season. James Pattinson has delivered some fine spells for Mumbai Indians in IPL and is looking in great form. Last year’s top wicket-taker bowler Daniel Sams will be on the list after getting very few chances to perform for Delhi Capitals in IPL. Cricket Played Louder! The CPL 2020 is around the corner and cricket fans are set for another treat! Our cricket betting experts have created a full CPL 2020 betting preview with tips and predictions for the upcoming matches. We have also listed the best cricket betting sites for the CPL 2020 season. 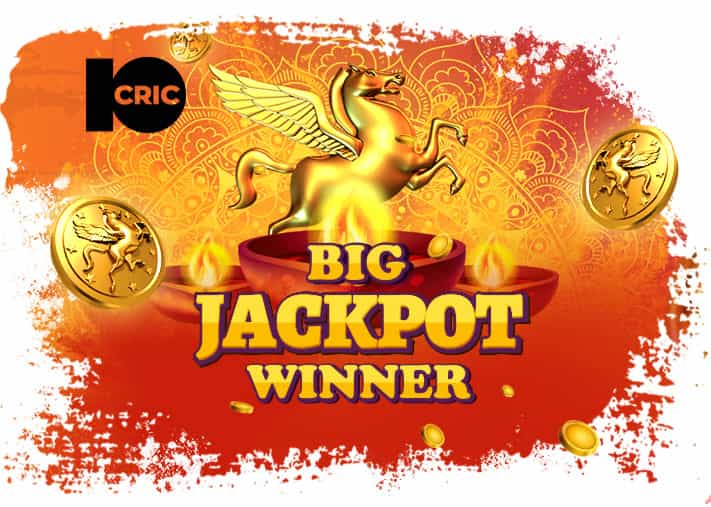 For one lucky player at 10CRIC the Diwali celebrations started a day earlier this year! Hitting ₹129 Lakh with a spin of ₹1000!