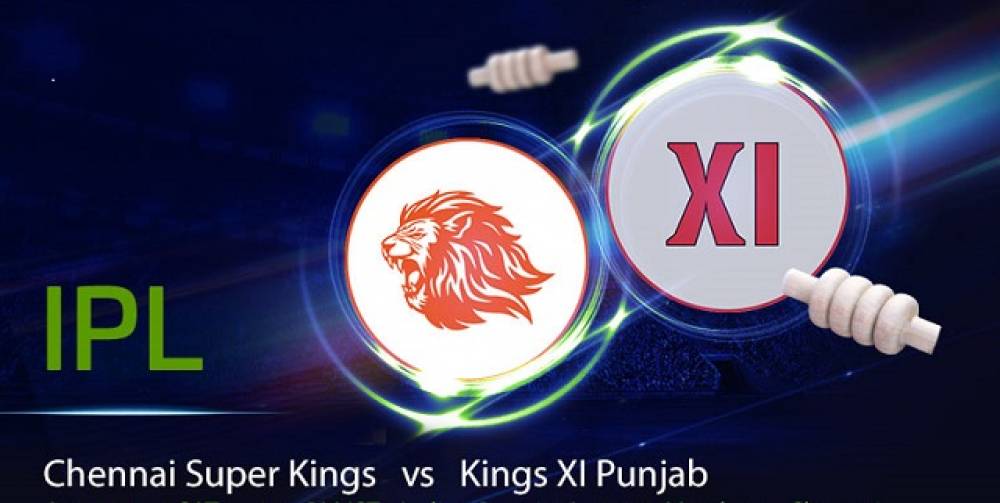 CSK opted to bat first on a pitch that looked hard and wasn't expected to change much during the match. Despite a decent start and a strong finish, CSK could only manage a par score. However, after the Bhajji special in the second over, the Chennai tweakers choked the KXIP in the middle overs to win the match.

Faf & Watson started with CSK’s maiden first-wicket fifty partnership of the season. Faf looked especially good with his scoops & punches when he took Shami for 16 runs in the third over. It seemed as if CSK had lost their way a bit in the middle when the score had just reached 100, with both Faf & Raina departing off successive deliveries in the 14th over. However, with Rayudu finally finding some form and with Dhoni smashing the bowlers in the last two overs, they managed to take CSK to 160.

CSK’s defense began with a clinical second over by Bhajji, which saw both Gayle & Mayank going back to the dug-out. With both Chahar & the debutant, Scott Kuggeleijn, leaking some runs, the onus was on the spinners to keep KL and Sarfaraz under check. And they did not disappoint, returning with a combined figure of 12-1-61-2 to strangle KXIP. This also included a six over period between the 12th & the 18th over, when the CSK bowlers did not concede even a single boundary. The pacers came back to defend 46 of 18 balls, and in the end, CSK won by a comfortable margin.

Faf top-scored for CSK with a 38 ball 54. Bhajji was the pick of the bowlers with the figures of 4-1-17-2. This win put Chennai at the top again after a brief hiatus with 8 points and a clear 2 point lead over the others. The winning margin of 22 runs also helped them improve their NRR which had been languishing in the negative.

KXIP has been facing the same conundrum, a top-heavy batting order followed by an inexperienced and untested middle order. Ashwin probably erred by picking Andrew Tye ahead of Mujeeb on what turned out to a slow wicket. The result should worry KXIP who also find themselves out of the top four for the first time this season.

After being asked to bowl, and without the services of Mujeeb, KXIP ended up conceding 54 runs without taking any wicket in the powerplay. Ravi Ashwin managed to stop the flow of runs in the middle by taking all of the CSK wickets that fell on the day and was helped by Murugan Ashwin who kept things tight at the other end. It was the pacers who proved to be the culprit for KXIP, returning with a combined tally of 12-0-114-0.

With Gayle making a comeback, a few blows from him would have calmed the nerves in the KXIP dugout. However, it was not to be as he was drawn out by a classic away going delivery by Bhajji and ended up edging to Dhoni. After Mayank's departure in the same over, KL & Sarfaraz showed some resilience to put up a 110-run partnership and kept KXIP on track for a victory. However, their inability to run twos and find boundaries after the 12th over hurt KXIP's chances big time. When KL fell in the 18th over, KXIP was left to score 44 of just 15 deliveries, which proved too big a mountain to climb for Preity Zinta's boys.

R. Ashwin put in his best performance in the KXIP jersey with figures of 4-0-23-3. KL scored his second fifty of the season while Sarfaraz scored his maiden IPL fifty. But the inability of the half-centurions to force things in the middle and leaving too much for the end proved to be there undoing on a hot Chennai evening.

With another home match slotted on the 9th April against KKR, CSK will be eyeing to strengthen its position at the top. However, with Bravo set to miss the action for two weeks, finding the right balance might be the key concern for CSK. A raging KKR, a rampaging Russel and the spin trio of Narine, Kuldeep & Chawla are bound to give a few sleepless nights to Stephen Fleming & Co.

KXIP will be facing a bloodied SRH, who have just been decimated by a 22-year old Caribbean, at Hyderabad on Saturday. There are ominous warnings for KXIP who suddenly find themselves in the wrong half of the points table. Finding the right balance will again be the biggest challenge for R. Ashwin as too much dependence on KL & Gayle might lead to the repetition of 2018 when they had failed to make it to the playoffs despite a strong start.