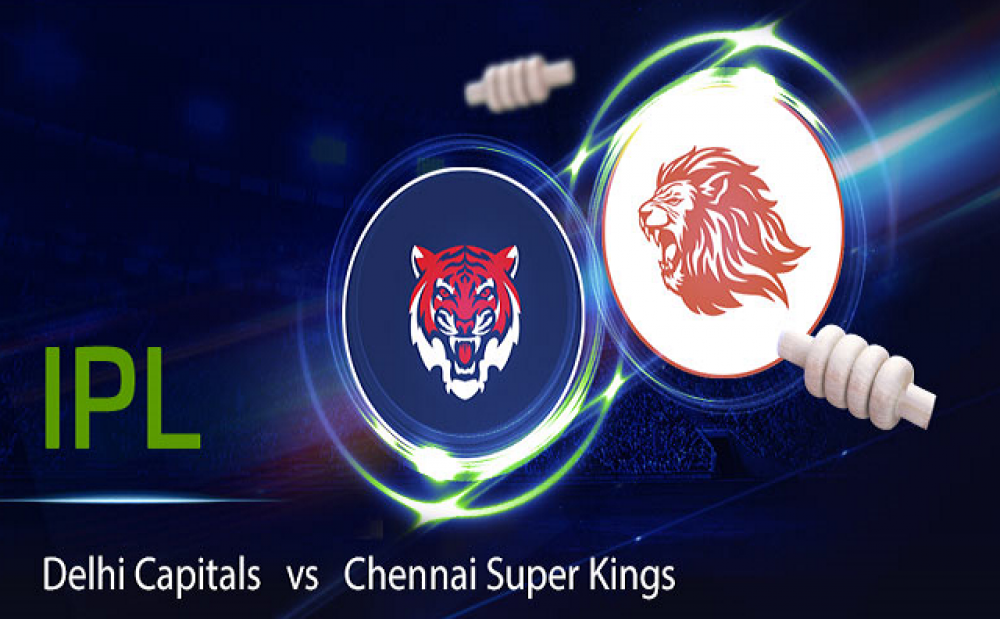 Delhi Capitals failed to read the conditions at home well. They batted first on a slow and two-paced pitch. Also, they forgot the effect dew might have while defending the target. The result was that Delhi lost their first home game of 2019 season.

Batting first, Prithvi Shaw provided a good start with 3 consecutive boundaries off Shardul Thakur in the second over. Once Shaw fell in 5th Over, Delhi struggled to keep up the momentum on a slow and low pitch. Delhi did not lose wickets in a hurry but could not make enough progress as well. Something was going to give. When eventually they started accelerating they lost wickets instead – 2 for 120 to 5 for 123 in a matter of 7 deliveries. Pant scored the quickest but not for long. Dhawan was the last to get out in 17th over. Delhi scored just 20 after that despite not losing a wicket.

The defense did not begin well for Delhi as they looked helpless against attacking Shane Watson. By the Delhi took him out the asking rate was already run-a-ball. Delhi may have hoped for a chance after Dhoni and Jadhav decided to take the chase deep rather than finishing it off. But Delhi just did not have enough runs on the board to stop CSK.

Shikhar Dhawan top scored for Delhi Capitals scoring the only fifty of the match at about run-a-ball. Prithvi Shaw and Rishabh Pant were the only other guys crossing 20 run mark. Rest could not make an impact. Mishra bowled brilliantly picking up wickets of Watson and Raina. Rabada and Ishant Sharma picked one wicket each. Axar Patel Patel was the most economical bowler giving away just 16 runs in 4 overs.

CSK may not be the youngest team out there but they are an experienced side and that shows from their team selection to on-field decisions. They have an attaching top order, solid middle order, and bowlers who are ready to adapt to the conditions that helped them topple DC at Kotla.

As Dhoni said at the Toss, CSK would have bowled first anyway. They gauged the pitch as slow and low and had enough quality spinners and change of pace bowlers that suited the conditions. Although they did pick wickets in a hurry, CSK did not allow Delhi to score freely as the host seem content to score slow and hope for another Pant explosion. But CSK did not allow Pant to make a big enough impact after a promising start. Dwayne Bravo was instrumental in the middle over despite bowling an expensive first over and he removed Pant and Ingram in the 16th over to put Delhi on a back-foot when they were looking to accelerate.

After Watson and Raina quick scoring innings, CSK should have closed the deal early to improve on the net run rate. But, as has been the case with Dhoni, he along with Jadhav did not risk the loss for the improved run rate on an increasingly difficult pitch to bat on.

Dwayne Bravo was the peak of the bowlers picking 3 wickets for 33 in 4 overs after conceding 17 in the very first over. Jadeja. Tahir and Chahar picked one wicket each. Chahar was the most economical bowler who conceded just 20 in 4 overs. Shane Watson top scored with 44 striking at the rate of around 170. Raina scored a quick-fire 30 of 16 balls. Dhoni remained not out on 32 of 35 deliveries.

Delhi Capitals will play the next game at home as well against the Kolkata Knight Riders on 30 March 2019. Delhi have a better understanding of the slowness of the pitch now and the effect of dew in controlling the game. They would want to utilize that knowledge to make an impact against mighty Knight Riders.

Chennai Super Kings will be back home after a four-day gap to play Rajasthan Royals on Sunday 31 March 2019. Chennai have not been tested enough yet. Their bowling seems to be doing it for them at the moment. Would CSK change anything or would they stick to the formula that works?