The first-ever international game that was played under lights i.e. a day-night encounter was an ODI between Australia and West Indies at the Sydney Cricket Ground (SCG). There weren’t frequent day-night games but Australia was the one leading the charge in setting the trend.

It was the same for Test cricket as well. Australia started the trend before everyone picked up. It is still Australia who plays the most amount of day-night Test cricket. In fact, since 2015, there has been at least one pink-ball (day-night) Test every summer in Australia.

But unlike the ODI format which took time to accept the change and shift, the pink ball Tests picked up soon. As many as five other countries (apart from Australia) have hosted pink-ball Tests. India is all set to become the seventh country to host day-night Test cricket.

It took five years (after the maiden one) for them to host a day-night ODI and it’s taken four years to give day-night Tests a shot. As we build towards the first-ever and historic day-night Test which will be played at the Eden Gardens in Kolkata, let’s look back at all the pink-ball Test matches that have been played so far.

New Zealand faced Australia in the third Test of the series which was going to be a historic one. There was a lot of speculation on how the pink-ball would behave at different stages of the game. Hence, New Zealand won the toss and batted first. Most batters got starts but failed to convert as they were bundled out for 202. All the Aussie bowlers shared the spoils.

In response, New Zealand hit back and fought very well. Australia were reduced to 116/8 and a controversial LBW decision turned the tide as the hosts eked out a slender 22-run lead. The Kiwis once again couldn’t really get going in the second essay as Josh Hazlewood’s six-fer cleaned them up for 208.

Chasing 187, Australia did lose a few wickets but small contributions from most top order batsmen meant they reached the target with three wickets to spare. Trent Boult’s fifer went in vain as Shaun Marsh top-scored with 49 and took his team over the line.

While Australian pitches offered bounced and some green tinge, when the pink-ball Test moved to the UAE, it was another test as to how the ball would hold up on dry surfaces.

After batting first, Pakistan racked up 579 and it was Azhar Ali who smashed a fine triple ton. The other batsmen in the top four also scored fifties. West Indies replied with 357 as Darren Bravo and Marlon Samuels stroked half-centuries. Yasir Shah picked up a five-wicket haul. But it was all for the batsmen in this Test before Devendra Bishoo’s 8/49 turned things around. Pakistan were shot out for 123 and West Indies had to chase 346 to win.

West Indies kept losing wickets at regular intervals. But Darren Bravo fought hard as he scored 116 but once he was dismissed, the visitors’ fight came to an end as they lost by 56 runs in the end.

For the second year in a row, Adelaide hosted a day-night Test. This time it was South Africa who had already won the series by then.

After electing to bat first, South Africa’s batting line-up failed to fire. Skipper Faf du Plessis smashed an excellent ton and led from the front but had little support from the other end. Wanting to bowl under lights, the Proteas declared at 259/9. It didn’t make a lot of difference as Australia went in unscathed and came out to score 383. Usman Khawaja hit a very good 145.

South Africa couldn’t fightback despite Stephen Cook’s fighting ton. They were bowled out for 250 and Australia knocked off 127 with ease.

Inside one month, Australia hosted another day-night Test. This time the venue was different. Brisbane played host as Pakistan came touring. It was the first pink-ball Test that went down to the wire and was a pretty close encounter.

Australia scored 429 as they rode on hundreds from Steve Smith and Peter Handscomb. Mohammad Amir and Wahab Riaz led the fightback as they brought Australia from 323/3 to 429 all out. But that wasn’t enough as Pakistan’s batsmen could not stand up and were bundled out for 142 and that was also because of Sarfaraz Ahmed’s unbeaten 59.

Australia decided against enforcing the follow-on and smashed 202 in no time. With 490 runs to chase, the game seemed dead and buried. Even when the score read 220/6, Pakistan’s chances were almost nil. However, Asad Shafiq had other ideas as he kept taking his side close. The lower order batted beautifully with him but eventually ran out of fizz to be bowled out for 450.

It was a welcome change in England cricket. The traditional red Dukes ball turned pink for a Test match in 2017. Moreover, the England side absolutely smashed the West Indies.

Alastair Cook smoked a fine 243 and Joe Root scored 136 as England scored 514 before declaring. The England bowlers simply ran through the West Indian batting line-up to skittle them out for 168. The follow-on was enforced and the story repeated itself as West Indies just sunk in submission and were shot out for 137.

All the England bowlers chipped in almost equally to help England win a historic Test. Moreover, this was also the first-ever innings win in day-night Test cricket.

The pink-ball Tests had picked up some sort of pace and most teams wanted to try their hand at it. Pakistan hosted their second (in Dubai) in a year’s time and Sri Lanka was the opponent this time.

Sri Lanka batted first and put up 482 runs on the board as Dimuth Karunaratne led the way with a wonderful 196 while Yasir Shah picked up six wickets in the first innings. Pakistan were all out for 262, conceding a huge lead. However, the hosts fought back and shot out the Lankans for a mere 96.

The target of 317 was still stiff and Pakistan slumped to 52/5 in no time. But it was once again Asad Shafiq who led the charge in Australia and Sarfaraz Ahmed who led the fightback. Shafiq scored 112 and the latter made 68 but once their partnership was broken, the lower order crumbled and eventually lost by 68 runs.

In the 2017-18 series down under, the second Test was played under lights. Australia batted first and batted big as they declared at 442/8 with rain having a say on the first two days. Shaun Marsh smoked an unbeaten ton and there were other useful contributions throughout the order as well.

In reply, England were reeling at 142/7 before the lower order added valuable runs to push them to 227. But that gave them the momentum as they bowled Australia out for 138. But a big first-innings lead meant that, England were facing an uphill task of chasing 354. Most batsmen got starts but none of them could convert into a big one and in the end, the English side were bowled out for 233 as Mitchell Starc picked up five.

South Africa hosted their first day-night Test match on the Boxing Day in 2017. With India postponing their tour, Zimbabwe came over for a day-night Test which was also an experiment with a four-day format. But all the game lasted was two days.

South Africa won the toss and batted first. On the back of Aiden Markram’s 125, the Proteas declared at 309/9. Kyle Jarvis and Christopher Mpofu took three wickets apiece. South Africa then blew away their neighbouring nation in no time. Morne Morkel took 5/21 as Zimbabwe slumped to 68 all out in about 30 overs.

The resistance wasn’t great either as this time it was Keshav Maharaj’s 5/59 that took the whistle out of Zimbabwe’s innings. It was total annihilation for Zimbabwe as they lost inside two days.

When England toured New Zealand for a two-Test series, the first Test was played under lights and it became the first-ever day-night game Test in New Zealand.

England were humbled as Trent Boult and Tim Southee were too hot to handle for their batting line-up. Only two batters registered double-figures as England were smashed out for a mere 58 all out. Kane Williamson and Henry Nicholls scored hundreds and took a massive lead which was too tall for England to hunt down in the second essay.

Three England batsmen in the top five scored half-centuries but it was too much for the visitors to do. They ended up at 320 and lost by an innings 49 runs as the New Zealand bowlers shared the spoils this time around.

It was West Indies’ turn to turn pink when Sri Lanka had travelled for a three-Test series. Bridgetown hosted the first-ever day-night Test in the Caribbean.

After winning the toss, West Indies batted first but were in deep trouble at 53/5. A sub-100 total was on the cards but Shane Dowrich and skipper Jason Holder had other ideas. Their 115-run partnership propelled them to 204. Holder was once again the star with the ball as his four-wicket haul bundled out the Lankans at 154.

But the West Indian batting line-up failed again and they could manage a mere 93. Chasing 144, Sri Lanka were in trouble at 81/6. Holder was the chief-wrecker again as he picked up a five-wicket haul. But a 63-run partnership between Dilruwan Perera and Kusal Perera took the team home with four wickets to spare.

After a year without any day-night Test match, Australia returned with one against Sri Lanka in Brisbane in January earlier this year. Sri Lanka batted first and if it was not for Niroshan Dickwella’s sparkling 64, they wouldn’t have reached anywhere near 144. Pat Cummins was the star with the ball as he picked up 4/39.

In reply, Marnus Labuschagne and Travis Head scored 80s as the hosts scored 323. It was Suranga Lakmal who stood out with the ball for Sri Lanka. Trailing by 179, the visitors just gave up and crumbled to 139 all out conceding an innings defeat. Cummins picked up six wickets to complete a 10-wicket haul. 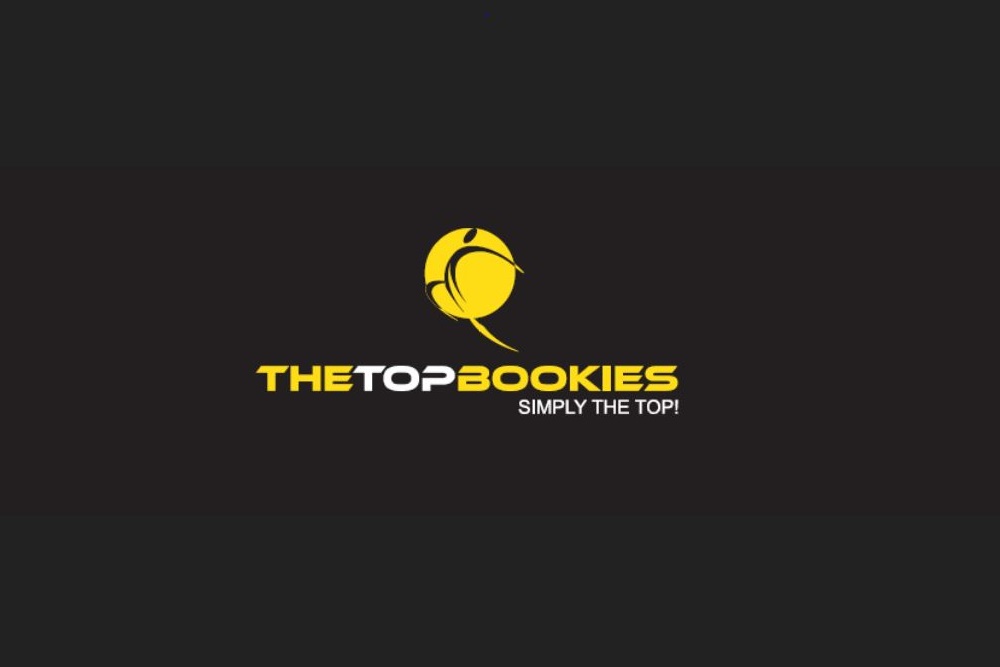 Deepak Chahar has come a long way. It’s been some journey for this pacer from Rajasthan. He has almost cemented his spot for the time being in this T20 side.

With less than a month to go for the IPL 2020 auction, here's the complete overview of the auction- date, format, player and franchise purse availability!