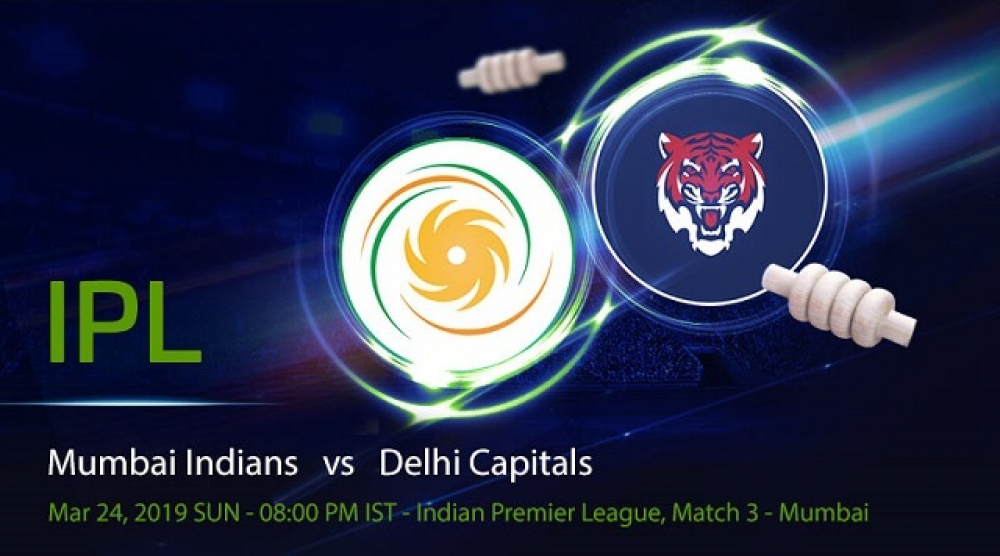 Mumbai Indians have always been slow starters in the IPLs. Since 2012 they have failed to win a single opening game. They would have wished for a better beginning this time against a newly formed, yet to be settled, Delhi Capitals. But they were caught unaware by Rishabh Pant blitz. An innings that took the game so far beyond MI's reach.

As has been the tradition so far, MI won the toss and elected to field first in home conditions. All seemed good for MI when they had the explosive Prithvi Shaw and Captain Shreyas Iyer back in the hut within 4 overs with the team score on 29. After that Mumbai’s bowling started becoming erratic as they let Dhawan and Ingram build the innings. Once Colin Ingram got out, Mumbai wished Rishabh wouldn’t be at his best. But they were wrong as he thrashed MI bowlers to all parts of the ground to propel DC to a mammoth 213.

Mumbai started the chase well but that lasted for a very brief period of time. They collapsed in the first powerplay, from 33 for no loss to 45 for 3. The started to look beyond MI but Yuvraj Singh, playing the first match for MI, and the MI veteran Kiron Pollard started forming a threatening partnership. Once Pollard got out, Krunal Pandya’s exploit of 32 runs in just 15 deliveries kept Mumbai interested. Once Krunal was out, Yuvraj Singh and Ben Cutting failed to keep up with the required rate in a steep chase. Yuvraj Singh’s dismissal stamped the inevitable as Mumbai eventually lost by 37 runs and became the first team to lose while chasing in this season.

Yuvraj Singh was the top scorer with 53 in 35 deliveries at a strike rate of above 150. Krunal Pandya's 32 was the second-best score for Mumbai. Mitchell McClenaghan was the pick of the bowlers for MI picking up 3 for 40 in 4 overs. Bumrah, Pandya and Cutting managed one wicket each. All MI bowlers went for above 10 runs an over.

Delhi Capitals recently changed from Delhi Daredevils, were playing their first IPL match against Mumbai Indians away from home in their opening game of the IPL 2019. They had the local boy Shikhar Dhawan back in the squad. However, another local boy, Rishabh Pant, lit the stage to bring the glory home.

Put in to bat first by Mumbai Indian, DC started the innings in their usual sorry way losing early wickets with not much on the board. Shikhar Dhawan, who was slow to begin, and Colin Ingram reinstated into the IPL after 8 years, started to pick up the pace slowly but steadily and took the score to 112 by the end of 13th over. Ingram's wicket proved to be a blessing in disguise for DC as Rishabh Pant came to the crease. He was rusty, to begin with, managing just 1 run in first 5 deliveries. However, the next 10 brought him 40. He slapped, slogged, flicked and danced to hit huge sixes, 7 of them in addition to the 7 fours, and managed 99 runs for DC in the last 6 overs.

The target always looked beyond par for MI as they suffered a mini-collapse within the powerplay to be reduced to 45 for 3. They lost Rohit Sharma, Suryakumar Yadav and Q de Kock in the process. DC had a bad patch with the bowling as first, Yuvraj Singh and Kiron Pollard and then, Krunal Pandya induced momentum in the chase. DC then pull things back with wickets of Pandya and Yuvraj with too much left to do for Mumbai. No one could pull off a Rishabh Pant in MI’s camp as they slumped to a 37 run defeat chasing a target of more than 200.

Pant’s unbeaten innings of 78 off just 27 deliveries was effectively the difference between the two sides as he was rightly adjudged man of the match. Colin Ingram was the second highest scorer for Delhi with 47 runs. Shikhar Dhawan’s 43 helped as well. In bowling, Ishant Sharma and Kagiso Rabada picked up two wickets each. All the remaining bowlers got 1 wicket each.

Delhi Capitals could use this confidence as they look to play their first home match against Chennai Super Kings at Firoz Shah Kotla stadium on 26 March 2019. They might want to play Rishabh Pant a bit higher up the order for him to be able to make a bigger impact.

That was a bad show by MI and they would like to put it behind them in the next encounter against RCB at M. Chinnaswamy Stadium scheduled to be played on 28 March 2019. Jasprit Bumrah’s fitness remains a concern as he hurt his shoulder during Delhi innings.