Casumo Overview – The bookmaker for the champions!

The Indian sports betting market continues to become more vibrant, with the recent entrance of the Casumo sportsbook. Bettors from India will now be able to place sports bets in addition to playing more than 2000 casino games at the site. Whether you prefer cricket or basketball, to football and esports, Casumo India is the place to be.

This Casumo review analyzes the top reasons why Casumo is the site to watch out for, and why it promises to be the best bet for the Indian player.

Banking methods in Rupees at Casumo

Casumo comes out as a site that is mindful of its players’ convenience. This is evident in its payment options. Bettors can use the Indian Rupee and avoid losing funds in currency conversion. Deposits and withdrawals are also fast and match the services offered by other top bookmakers.

Below is a list of the Casumo India payment options for deposits and withdrawals and their turnaround times.

Making a deposit at Casumo is easy and fast. You only need to choose a payment method that best suits your lifestyle and gaming needs. Deposits are free and processed instantly. You don’t have to attach any documents when depositing.

The Casumo minimum deposit amount is ₹1,000. The maximum amounts depending on the payment method you choose. Casumo also encourages you to use the same method for deposits and withdrawals for easier verification. 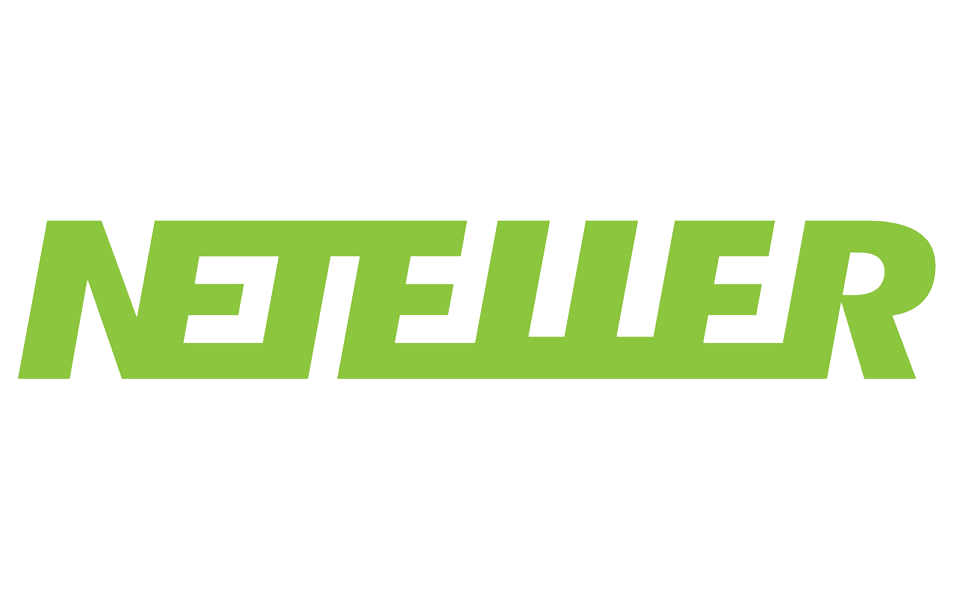 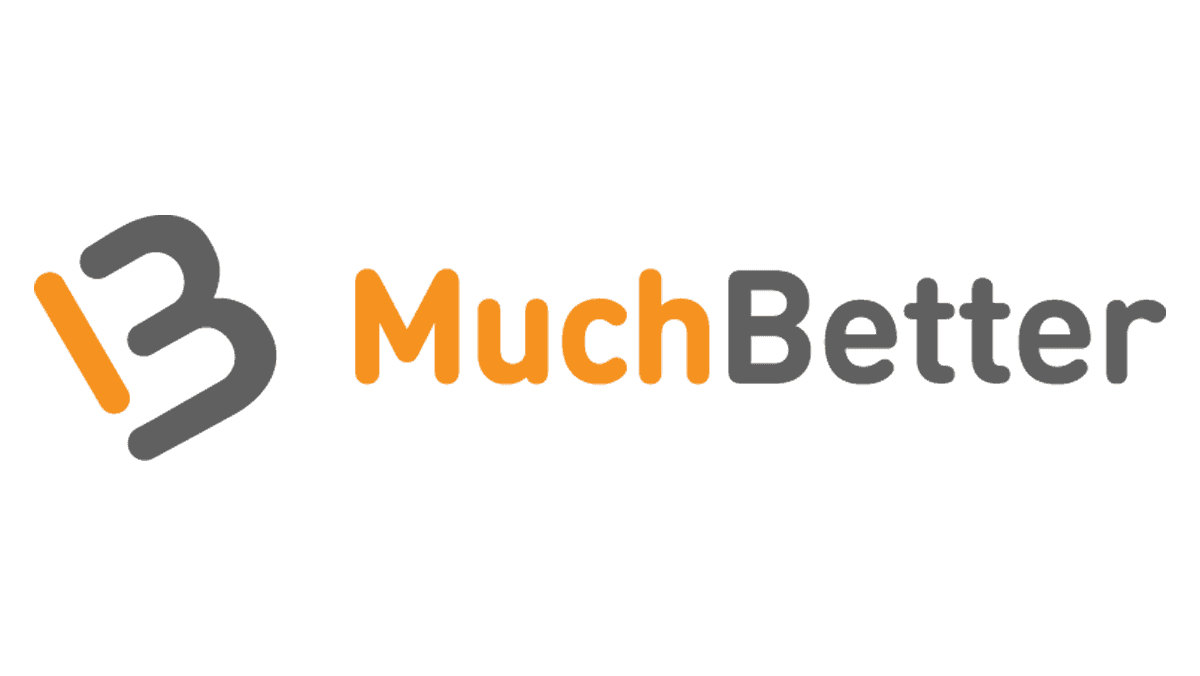 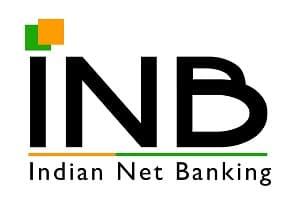 Casumo is popular for its fast withdrawals and simple processes. To make a withdrawal, one has to log in and click on the money icon on the main page to start the process. Next, choose the appropriate withdrawal option then enter the withdrawal amount, and confirm the withdrawal request.

The withdrawals are approved within 72 hours. Below are some of the Casumo secure and convenient withdrawal options:

Some deposit options such as some credit and debit cards are not available for withdrawals. Customers are therefore advised to use e-wallets or other options to make a small deposit in order to confirm the payment method.

The Casumo minimum withdrawal amount is ₹1000. The casino doesn’t have a withdrawal limit. However, different payment methods may have their maximum limits.

When making first-time withdrawals, you may be asked to provide additional verification documents. These include a copy of identity documents or proof of address using a utility bill. The withdrawals are also free of charge and the processing times range as outlined in the table below.

Players have more than 30 sports to choose from at the Casumo India Sportsbook. These include popular sports such as cricket, tennis, football and basketball. Other sports include ice hockey, sumo wrestling, boxing and darts. Esports such as Call of Duty, Hearthstone and League of Legends are also available.

The sports markets here are relatively limited compared to other bookmakers like Leo Vegas. However, this is understandable as the sportsbook has just recently being launched in India, with a promise of more sports in the near future.

To access the sports at the Casumo lobby, one also has to register an account.  The games lobby is user friendly and you can sort out the games according to your preference instead of scrolling through the entire site. Below, we go into more details about the major sports that you can expect to bet on at Casumo.

Cricket enthusiasts have something to smile about as Casumo offers some decent odds on cricket in comparison to other major bookmakers. Bettors can also place a variety of bets on cricket such as a number of wickets or who will win, among others.

In our review of the Cricket betting lobby at Casumo, we could not establish the level of hosting local cricket betting events. This is however understandable as the current global health issues have affected major local sporting events. The Casumo India cricket betting site is also still under construction and the on-site Casumo blog on local events remains in its infancy stage.

The above notwithstanding, our opinion on Casumo is that Indian bettors will soon be able to place bets on their favourite local cricket events. The currently available cricket bets at Casumo include International Test cricket matches, where one can bet live or pre-match. Players can also bet on the ICC T20 world cup, IPL, and county championships.

To start Casumo Cricket betting, you only need to open the sports lobby and choose Cricket. You will then be able to sort out the live cricket and the popular leagues, as well as the bet type that you want to place before adding them on the bet slip.

At the time of this Casumo review, live streaming of events is not yet available, though we cannot rule out its availability in the future.

Casumo has not been left behind in hosting the exciting IPL (India Premier League) events. Players can also take advantage of a 10% cashback offer on Casumo IPL bets. This is among the best offers Indian bettors can take advantage of to bet on the IPL 2020.

Whether you prefer the Chennai Super Kings to the Delhi Capitals, you can bet on your predictions before the games conclude later in November.

Casumo provides you with good odds on your preferable bets such as Top Bowler, Top batsman, over/under and spreads, among others. The only letdown with the Casumo IPL is the limited number of bet options in comparison with other top bookmakers.

However, we must be fair on our Casumo IPL review. The site is relatively new, and so far it’s making a great effort in offering fair odds that are almost at par with other experienced bookmakers.

Bettors can wager on some of the major tennis events such as the International Wimbledon, Australian Open and ATP challengers.  Live streaming service is not available, but players can still place Casumo live tennis bets or bet on pre-match events.

The Casumo tennis betting India options also include bets on the US and French Opens, as well as the ATP Masters. While conducting our Casumo review in regards to the tennis sports market, we did not come across any local tennis events. However, it is highly likely that they’ll be available at the site in the near future.

You can keep tabs with the popular football leagues by placing Casumo live football bets as well as betting on prematch football events. The Casumo football betting service covers global and major football events in American and European leagues. These include Premier League, Serie A, and the La Liga.

Players have more than 120 bet options on football. However, with the current interruption of major sports events, we could not certify that Casumo intends to host small local football events. Either way, players can expect better things ahead based on the fact that they bet on the local Indian Super League events.

Live streaming of the Casumo India Super League betting events and other sports events is not available currently.

Horse racing and trotting is among the racing events that players will be able to bet on at Casumo sports. This includes some of the major events such as the Dubai World Cup, which was unfortunately cancelled due to the ongoing epidemic.

Casumo prides itself in offering more than 30 sports. This includes the well-known and major sports discussed above, as well as basketball, badminton, volleyball and esports games.

The variety of markets can be customized to only display the top 4 games you most prefer. The major leagues and odds will then be easy to leaf through instead of perusing the hundreds of sporting events at Casumo.

The Casumo sports site is not only impressive in regards to game variety but also bonuses. However, the site could do with an improvement in its general operations. For instance, live streaming of major sports events could make gaming more enjoyable and realistic. However, with each passing day, Casumo continues to improve the site and it is definitely worth a try.

Casumo India sports bettors are welcomed with a generous offer of ₹3000 free bet when they make a bet of ₹1000. The Casumo free bet offer of ₹3000 is only available for bettors who have just registered an account at the site and are making an initial deposit.

We think that the Casumo free bet bonus is a much better offer than the Leo Vegas welcome bonus offer of up to ₹10,000, which comes with a wagering requirement of 8 times. In the Casumo free bet, you don’t have to wager the winnings as it is credited in cash.

How to get this bonus step by step

The following terms and conditions apply to this bonus:

Gamers get to play on the go using Casumo mobile app. You only need to download the appropriate Casumo iPhone or Casumo Android App from the official site. Alternatively, players can log in and play instantly on any browser-enabled device.

The Casumo mobile version is easy to navigate, fully functional, and runs smoothly. One can place bets, contact customer support, or initiate payments using the Casumo mobile platform. For instance, the Casumo cricket app makes it easy to bet on your preferred cricket markets, and also access bonuses on the go.

The Casumo VIP program India doesn’t follow the usual VIP reward system where some players get exclusive benefits. instead, every player is a VIP. Here is how the Casumo loyalty program works:

Punters start accumulating points for playing real money games at the site. As the progress bar fills, one can redeem the points for rewards at the site. The rewards include a chance to climb to a higher level and to collect bonuses such as free spins, free cash and deposit bonuses.

The Casumo loyalty program is inspired by Sumo wrestling. You can therefore start at the beginner level, play real money games and climb all the way to being a black belt wrestler at the top level. You also collect trophies for meeting some achievements, such as making big wins in the casino.

At TheTopBookies.com, we only recommend sites that have demonstrated their zeal to provide Indian bettors with excellent products and services. Casumo India is among the best sites where players can get the best sports and games, as well as top-notch services.

During our review of Casumo India we came across many positives, and some not so positive features that need some improvement. We have summarized them in the section below:

Should You play at the Casumo Sports India Site?

Yes! Casumo India sports meets all the required gambling standards in regard to fairness, safety and security. The more than 1000 casino games and over 30 sports markets provide more than enough game variety for both casual and serious bettors.

The site is also well suited to the Indian gambling community as it has factored in the needs of the Indian sports bettors. This includes convenient payment options using local mediums, and its support of the Indian Rupee currency.

Our overall opinion of Casumo India sports can be best summarized in the following positive aspects:

We have no doubt that Casumo sports is a site to watch out for in 2020 and beyond. Despite its relatively young age, Casumo is already competing with other top bookies, with bettors trooping to sign up to enjoy the great offers.

Do not be left behind, sign up and explore the Casumo India Sports to become the Sumo Champion that you are meant to be!

Is Casumo ideal for India?

Casumo is not a new name in the online gaming industry; it has been operating since 2012. The sportsbook, however, is still a new entrant in the Indian online sports betting field, having only been introduced in late 2019. The question on most players mind, for now, is most probably, ‘Is Casumo trusted in India? Is it licensed?

Indian bettors should relax knowing that they are signing up at a trustworthy site. Casumo sports India is licensed and regulated by the Malta Gaming Authority, hence secure. Players’ data is also protected using SSL encryption software, making it very safe.