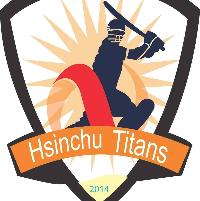 Hsinchu Titans and Taiwan Dragons will battle it out in the 7th game of Taipei T10 Cricket League at Yingfeng Ground in Taipei on Saturday.

In their previous game, Hsinchu Titans were comfortably brushed aside by TCA Indians. With this result, Hsinchu Titans are currently placed at the top of Group B due to a better-run rate. Captain Raguram will be hoping that the side can make a strong comeback in their final game of the group stage.

On the other hand, Taiwan Dragons suffered a narrow defeat in their opening fixture. Captain Marlan Samarasinghe will be looking to make changes to their playing XI.

Raguram-led unit will rue the fact that they have should have won their previous game against TCA Indians. In the previous fixture, the bowlers put in a splendid performance to restrict TCA Indians to 72 runs in 10 overs. In reply, the opening pair of Manikandan A and Venkatesh Goudar struggled to score runs against the new-ball. The team management will be hoping that the top-order can put in a better effort with the bat in this fixture.

For Hsinchu Titans, Vijay Kumar was the lone warrior in the batting department and stitched a decent partnership with Pramod Kumar Mandal. Vijay Kumar finished the innings with the top-score of 28 runs off 22 balls with the help of one four and two sixes. Besides Kumar, Joyal Francis was the only one to reach double-figures in the chase for Hsinchu Titans. The side will need to put in a collective effort with the bat if they aim to want to go top of the table in Group B.

In the bowling department, the side will be relying on the likes of Joyal Francis, Manikandan A and Pramod Kumar Mandal. Medium-pacer Joyal Francis was the standout performer with the ball in hand. He claimed two wickets and conceded 17 runs from his two overs. Raguram and Manikandan claimed one wicket each.

The franchise will be looking to get back to winning ways after conceding defeat in their opening fixture against TCA Indians. Taiwan Dragons conceded too many runs with the ball in hand and will be keen to put in a disciplined performance in this contest. The Skipper's decision to bowl did not go well as TCA Indians posted 74 for 3 in their 10 overs.

Adam Hopkins and Rishi Josula claimed one wicket while opening bowlers conceded a lot of runs in the initial five overs. Chasing 75 runs for victory, opening pair of Athula Senadeera and Santosh Yadav perished for low scores. Skipper Marlan Samarasinghe, Bivan Singh and Chetan Pundora perished for low scores to see Taiwan Dragons reduced to 23 for 6 after 5 overs. The tail-ender offered strong resistance but it wasn’t enough as the side could only score 60 runs in their full quota of overs.

The wicket prepared for this contest will be good for batting. The bowlers will need to put the ball in the right areas to get rewards. The weather forecast for the game to be played on Saturday is going to be sunny intervals with light winds.

Given it is a 10-over aside, toss is not going to be any difference in the outcome of the game. Batting first and putting runs on the board will the way to go in this contest.

Based on the current form, Hsinchu Titans will be favorites to win their game against Taiwan Dragons. The hosts have a superior batting lineup in comparison to Taiwan Dragons.