Chennai Super Kings will kick-off the second part of 2021 IPL against defending champions Mumbai Indians on September 19th at Dubai International Stadium, Dubai. After a forgetful season, CSK have made a strong comeback and are currently in the 2nd position of the points table with 10 points in 7 matches, making them one of the top favourites for the title on the India betting sites list. To get accustomed to the conditions, the CSK team already flew to Dubai on August 15th with skipper MS Dhoni. This clearly shows their intensity and willingness to bring the trophy home for the fourth time.

Let’s find out what has happened with Chennai Super Kings so far and where they can finish this season.

Chennai Super Kings reached the finals of the inaugural IPL only to lose to Rajasthan Royals by 3 wickets on the final ball. They won back-to-back IPL titles in 2010 and 2011. They suffered heartbreaks in 2011 and 2012 IPL by losing both finals against Kolkata Knight Riders and Mumbai Indians respectively. CSK compensated for their losses by winning the Champions League Twenty20 in 2010 and 2014.

Chennai Super Kings released long-time players Kedar Jadhav and Murali Vijay along with 3 others. CSK legend Shane Watson retired at the end of the 2020 IPL. The franchise came into the IPL 2021 mini-auction with a purse of 22.90 crores (USD 3.14 million) and 7 slots to fill.

CSK signed England all-rounder and ex-RCB player Moeen Ali for INR 7 crore (USD 962K). Ali came with an IPL experience of 309 runs at a strike rate of 158.46 and 10 wickets at an economy of 7.13. CSK then spent INR 9.25 crore (USD 1.27 million) on Indian uncapped all-rounder Krishnappa Gowtham. At the later stages of the auction, CSK were lauded for giving Cheteshwar Pujara his 1st IPL contract since 2013. They also signed three uncapped players to end their auction.

Faf Du Plessis: Faf du Plessis is not ageing at all for CSK. The retired South African batsman has scored 320 runs for CSK in 7 matches at a strike rate of 145.45 with 4 fifties.

Ruturaj Gaikwad: CSK opener Ruturaj Gaikwad has continued to impress the fans with 196 runs this season at a strike rate of 128.94 with 2 fifties.

Sam Curran: England all-rounder is currently the leading wicket-taker for CSK with 9 wickets at an economy of 8.68. Curran has also scored 52 runs with the bat in 3 innings at a strike rate of 200.

Chennai Super Kings started their IPL 2021 season on a losing note against Delhi Capitals even after putting 188 runs on the board for the loss of 7 wickets. CSK bounced back quickly by winning their next game against Punjab Kings by 6 wickets. They restricted Kings on 106 and chased the target easily in the 16th over.

CSK then went on to beat Rajasthan Royals (by 45 runs), Kolkata Knight Riders (by 18 runs), Royal Challengers Bangalore (by 69 runs), and Sunrisers Hyderabad (by 7 wickets). CSK met defending champions Mumbai Indians in their final game of the 1st instalment. Batting first. They put 218 runs on board with the help of fifties from du Plessis, Moeen Ali, and Ambati Rayudu (72 runs off 27 balls). But Kieron Pollard’s unbeaten 87 off 34 balls with 6 fours and 8 sixes saw their arch-rivals MI beat them by 6 wickets with 135 runs scored in the last 9 overs of the match.

CSK is lucky to have Josh Hazlewood available for the second leg of the IPL after missing the first due to personal reasons. CSK’s English players’ availability is set to depend on ECB’s approval. They haven’t signed any replacement yet.

Chennai Super Kings are currently in the second position with 10 points in 7 games at a net run rate of 1.263.

Krishnappa Gowtham: The most expensive uncapped player of the IPL is yet to feature in a game for CSK.

Except Moeen Ali CSK have not given any chance to newly signed players.

Betting Expectations for IPL 2021 in UAE

Against Mumbai Indians: CSK lost their first match of the season against MI by 6 wickets. CSK vs MI is always a high-voltage game. CSK have a high chance to win their game against Mumbai.

Against Delhi Capitals: DC is the one team CSK find difficult to play against. CSK have lost their last three games against the Delhi franchise. The odds are favouring DC to win this time again.

Against RCB: With 9 wins in 11 matches against RCB, CSK will be in the highest gear. They will beat RCB in the second leg of the season.

Make sure to check our list of the best ipl betting apps and find out where to place your bets!

After losing to a playoff finish for the first time in the history of IPL, Chennai Super Kings have bounced back from last season’s failure. They have won 5 consecutive matches in the first instalment. They have been boosted by the availability of Josh Hazlewood in the second leg. It looks like the 8th final is on the road for the three-time IPL Champion CSK.

Our team will be providing nonstop betting tips for the IPL, absolutely for free & written by cricket experts.

Delhi Capitals, the finalists of IPL 2020 were on the right track before the IPL 2021 was halted earlier this year. 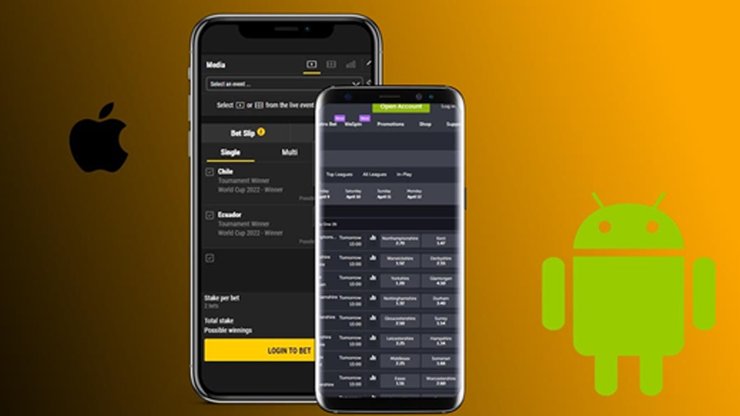 Which are the best cricket betting app for the Cricket World Cup 2021? Rated by TheTopBookies